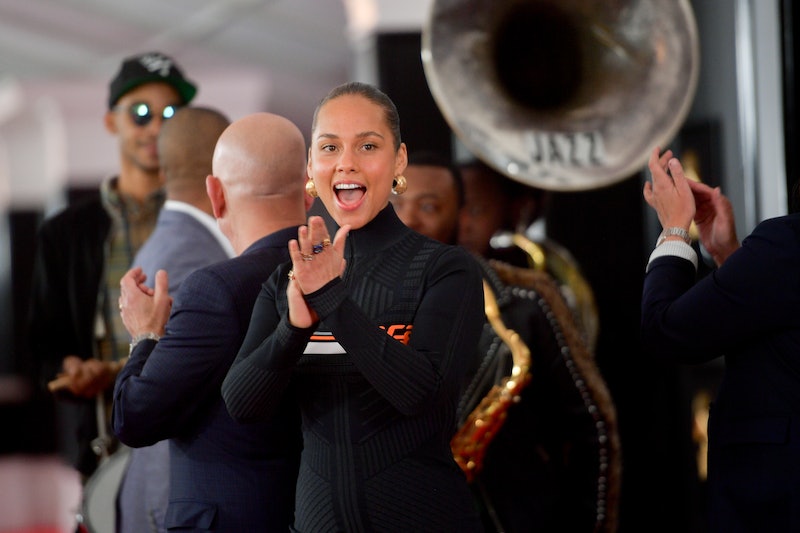 Music's biggest night is also one of its longest nights. It's always best to be prepared, and knowing how long the 2019 Grammys will last can help you make it through. It all depends on how much Grammys content you want to consume. You could just tune in for the actual awards show, which is a not-so-short three and a half hours. Or you could add hours of red carpet coverage to your day and really extend the musical fun.

Obviously, that's a lot, so you're not to blame if you can only commit to the three and a half hours of the show. But there's still so much that's going to be jam-packed into that time, that it's possible it could run over. The show has over 25 musicians slotted to perform during the broadcast. Not to mention that awards still have to be presented and handed out in between those performances, and winners will be making speeches. It's a lot to fit into any amount of time.

But it's so jam-packed with content that it's likely to go at a pretty quick pace, which will stop it from feeling too long. Here are some of the things viewers can look forward to seeing on the big night.

The singer is so excited to honor her fellow musicians, according to Rolling Stone. "I have been so blessed to have been on this stage before, multiple times, and understand what it is, what it feels like, what the artists are going through," she said, continuing:

"That’s what makes me excited to celebrate so many amazing nominees, particularly women nominees, so many who are my friends. There is a sense of true music community I can bring to the stage and I love the ability to lift each other up."

There's Going To Be A Special Tribute To Dolly Parton

According to a Grammys press release, not only will Dolly Parton be performing new music, but there's going to be a tribute to her hits sung by Little Big Town, Maren Morris, Kacey Musgraves, and Katy Perry.

And There Will Be A Ton Of Other Performances

One person you won't be seeing perform? Ariana Grande, because as Bustle previously reported, Grammys producer Ken Ehrlich claimed he didn't think she could "pull something together" in time. Grande later disputed that on Twitter. (Bustle reached out to Ariana Grande and the Grammys for comment, but had not heard back at the time of publication.)

"I can pull together a performance over night and you know that, Ken," Grande tweeted. "It was when my creativity and self expression was stifled by you, that I decided not to attend. I hope the show is exactly what you want it to be and more."