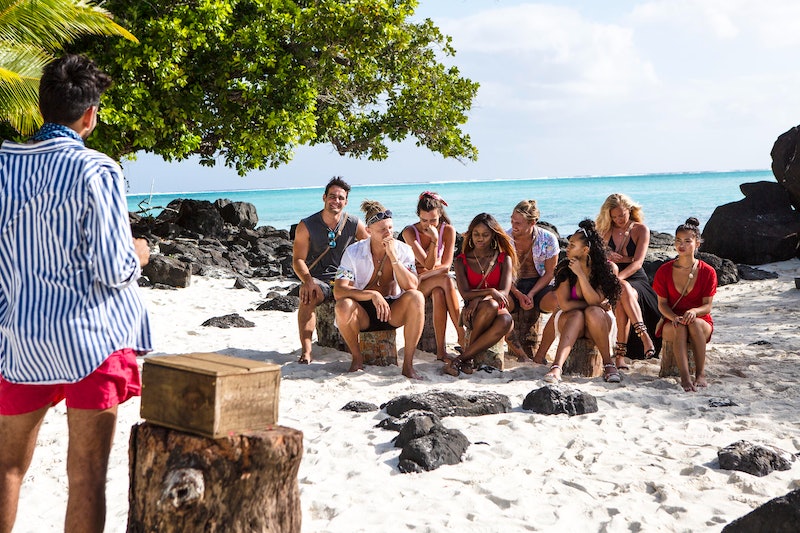 Before Love Island, there was Shipwrecked. The '00s reality show transported a bunch of people to an island hours and hours away from the UK, encouraging them to compete for a cash prize. It's been seven years since the last season, but the competitive show is back for 2019. But how long does Shipwrecked last?

Luckily, the E4 series will keep you hooked for a good few weeks. In May 2018, Channel 4 announced that the reboot would take up 15 hour-long slots on TV screens. Seeing as it's only being shown on weeknights, that adds up to three weeks of pure Shipwrecked drama.

The first nine contestants have already been revealed. The series will follow them as they live on one of two remote islands in the South Pacific. The group will be split into two teams: Sharks and Tigers. Just like in the good old days, the aim of the game is to win over any new person that arrives. The team with the most amount of people at the end of the three weeks will win a £50,000 prize.

Essentially, it's a popularity contest; something that the social media generation are surely experts at. The first bunch sound pretty similar to Love Island's casting, with job descriptions revolving around modelling and being a student. However, Shipwrecked bosses have somewhat broken free of the reality TV stereotype by casting a few individuals who fall outside of these tropes.

The new series will be presented by Capital FM DJ and Strictly Come Dancing star Vick Hope. She hit back at the Love Island comparisons on Sunday Brunch, saying: "With this show, they’re not your usual Love Island kind of contestants — they work in all sorts of different jobs, one works for a charity, one runs a festival, one works in a Disney store. They're all in their early 20s, and they're aware of how the camera works and how TV works."

Hope went on to praise the level of diversity in the new series, adding:

"When you have to find love in order to stay in the competition, you have to look a certain way to attract other people who look a certain way, whereas in this show it's far more diverse and that's what I love about it. I was so proud when I came onto it and I saw all these people from different backgrounds. It means that the conversations they have, and the bonds they make, the whole idea of finding your tribe, finding your identity, and where you belong comes to the forefront."

The original Shipwrecked series began in 2000, reports OK! It lasted for three seasons before being rebooted in 2006. According to the Express, the first three seasons were filmed in Fiji, Tonga, and somewhere in the Cook Islands. Every season after took place on small islands off Aitutaki, which makes up part of the Cook Islands.

A spokesperson for Channel 4 confirmed that the 2019 series does indeed also take place in the Cook Islands, specifically on the two uninhabited motus (small coral reef islands) of Rapota and Moturakau.

Well, I know exactly where my next holiday will be.