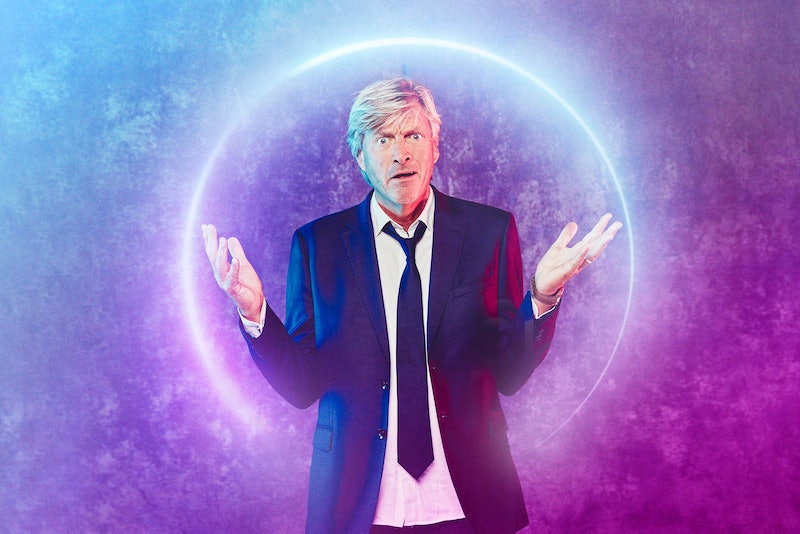 Channel 4's The Circle is back for another series, and a fresh batch of players have entered into the catfish reality-competition for a chance to win a major cash prize. Along with a new lineup of contestants, the show's second run also marks the introduction of a brand new host, in the form of The Voice UK's Emma Willis. But how long does The Circle last? And what else is there to known about the dystopian Channel 4 game show?

Well, it appears fans have plenty of cat-fishing action to look forward to, because according to the Radio Times, the reality-competition's second run will last for three and a half weeks. Which is a pretty long run, IMO. Especially when you consider that the contestants are pretty much isolated the entire time. I mean, it beats out The Circle's slightly shorter first season, which went on for three weeks in total. Series one winner, Alex Hobern, revealed that he would find this year's lengthier runtime difficult to bear. Speaking to the Radio Times, Hobern commented, "I want to meet those people afterwards and give them a handshake if they’re there for four weeks. I was on the verge of walking out multiple times towards the end."

And the show's duration isn't the only thing to alter in 2019, because as reported by the Metro, the new series has also introduced weekly live editions of The Circle, which are scheduled to air on Friday evenings throughout the entirety of series two.

According to iNews, The Circle will air every night at 10 p.m. on Channel 4, until the game reaches its conclusion — and if you're not familiar with the format, here's a quick run down. Throughout the series, contestants known as "players" move into a newly refurbished apartment building, where they will reside for the duration of the game. Each player is required to live by themselves, and are able to communicate with other competitors via their social media profiles on a platform known as, The Circle. Due to their isolation, each player is awarded a certain level of anonymity, and are therefore able to portray themselves to other players as anyone, and in any way they please.

According to The Sun, the Circle social media platform is completely voice activated, which means players can only communicate through the app, and are unable to speak face-to-face. At the end of the game, the contestant with the most likes becomes known as the most popular player — and will be in with a chance of bagging the whopping £100,000 cash prize.

As mentioned previously, former-Big Brother host Emma Willis has taken the reigns of this year's series, and as reported by the Metro, Willis has replaced The Circle series one hosts, Maya Jama and Alice Levine. As well as a fresh presenter, the 2019 lineup of players includes a very familiar face, because Good Morning Britain's Richard Madeley has joined the Channel 4 series as a guest flatmate — and viewers at home will have complete control over Madeley's Circle profile throughout his stay. Amazing.