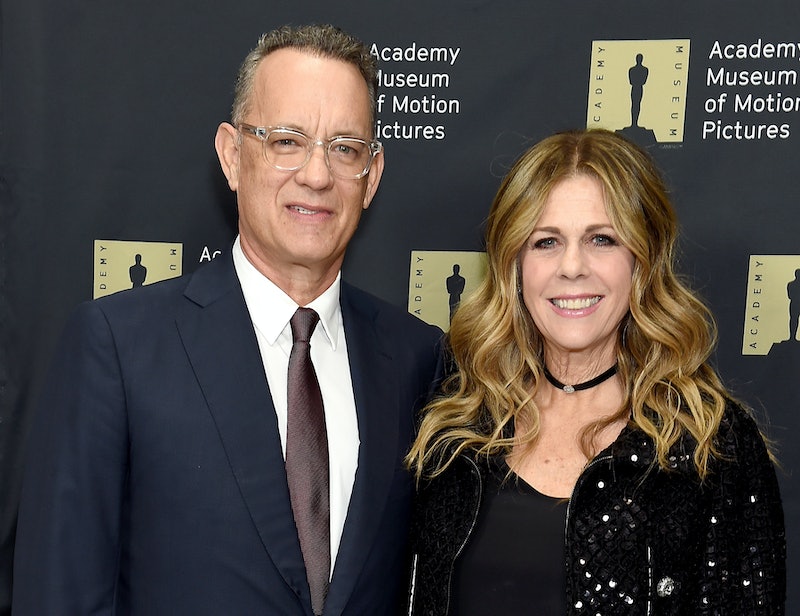 Toy Story 4 is hitting theaters on June 20, and you can bet that when the movie premieres, the Bo Peep to Tom Hanks' Woody will be by his side. Enduring celebrity couple Tom Hanks and Rita Wilson have been married for 31 years, and they seem as smitten with each other today as they were three decades ago when they first connected on the set of the ABC sitcom Bossom Buddies. They're a true Hollywood power couple, and they are always each other's biggest supporters.

While Hanks may be more of a household name, Wilson is an influential actor, producer, and singer. Onscreen she's appeared in everything from Sleepless in Seattle (as Hanks' sister) to the HBO hit Girls. Behind the camera she's been a producer and champion for projects like My Big Fat Greek Wedding, Mamma Mia!, and the upcoming adaptation of Fredrik Backman's A Man Called Ove. In March, she released her fourth studio album Halfway to Home, and in April, she performed at the country music festival Stagecoach with Hanks and their two sons, Chet and Truman, cheering her on in the crowd. Wilson's talents are pretty much endless, and her creativity combined with Hanks' makes their relationship feel all the more special.

Hanks and Wilson tied the knot in 1988, and they've been going strong ever since. In addition to their sons, Chet and Truman, Wilson is also the stepmother to Hanks' children from a previous marriage, Colin and Elizabeth. Their blended family appears to be an amazing source of love and strength for the couple.

In March 2015, Wilson was diagnosed with breast cancer, and her family rallied around her. However, according to the singer, no one was more supportive than Hanks. She told the New York Times in a May 2015 interview, "You never know how your spouse is going to react in a situation like this. I was so amazed, so blown away by the care my husband gave me. It was such a normal, intimate time."

Thankfully, Wilson is cancer-free now, but having Hanks keep things as normal as possible while she was sick clearly meant the world to her. As a celebrity couple, these two are each other's champions through everything life throws at them from illnesses to red carpets. And when Toy Story 4 opens, Wilson is sure to be there to cheer her husband on as the world finally gets to see Hanks' latest adventure as Woody.