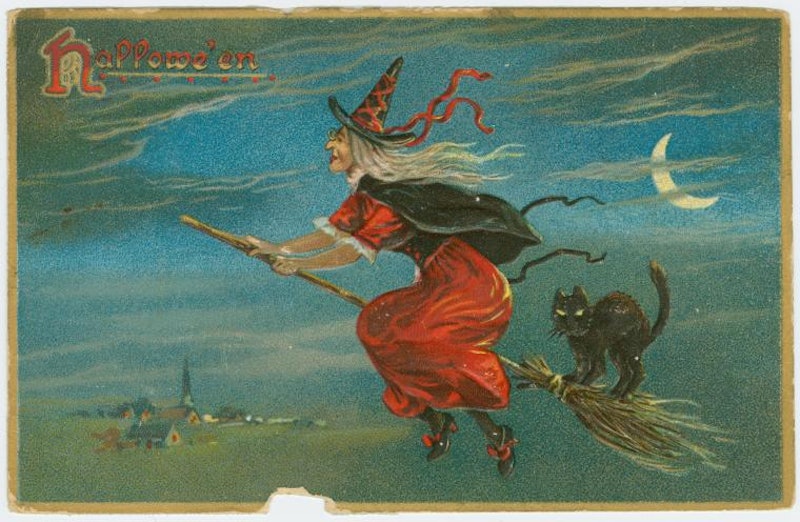 Most contemporary depictions of witches are pretty charming in their own cliché way: Bette Midler and her cadre of long-sleeved cackling buddies in Hocus Pocus, the charming Kiki from Studio Ghibli classic Kiki's Delivery Service, or Angela Lansbury's utterly incompetent Eglantine Price from Bedknobs & Broomsticks (after which my own cat is named). But witches weren't always the broomstick-riding, black cat-loving figures of yore, a fact that many modern witches will happily explain to you. And if we go back past Salem, past the medieval period, and into truly ancient times, the first witches in ancient history were deeply terrifying supernatural creatures that could make even an emperor's blood run cold.

Over the centuries, the supernatural elements of witchery have accumulated other societal baggage, most of it patriarchal. Women in the medieval period were thought to be more vulnerable to the Devil's machinations because they were weaker in the brain, for instance: the most famous witch-hunting manual of all time, the Malleus Maleficarum of 1486, notes that "when a woman thinks alone, she thinks evil... through the first defect of their intelligence [women] are more prone to abjure the faith". If you're looking at the full picture of witch history, it's important to remember that through most of history, women were often branded witches for living outside of societal norms — not because they practiced magic. But these myths have a core of very real horror at their center. As one of the original things that went "bump" in the night, the witch's ancient origins might just scare the pants off you.