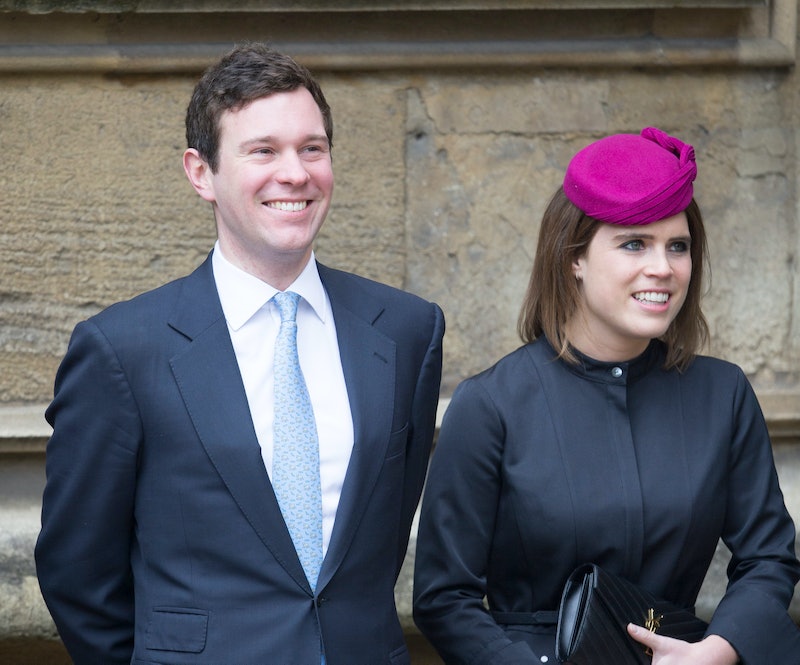 With the second royal wedding of the year fast approaching, you might be wondering how on earth you're going to watch it live on a Friday morning. Of course there's catch-up and the inevitable live tweeting from royal fans across the world, but there is a certain magic of watching the procession, the reveal of the dress, the ceremony, and of course, the kiss. So, how long is Princess Eugenie's wedding, and are there any easy ways access live coverage of the big day?

Well, luckily for you, Vanity Fair has created a pretty handy schedule that marks out the events of Oct. 12, and it looks as though the main event will take around two or so hours.

Although the schedule doesn't include the guests arriving, it marks the time that the congregation is to beat seated (10.15 a.m.), followed by the arrival of the families of the bride and groom between 10.25 a.m. and 10.55 a.m. The service then begins at 11.00 a.m. on the dot, and lasts for 55 minutes.

Then at 12.20 p.m., guests will attend a champagne reception hosted by the Queen at Windsor Castle, which will be followed by an evening reception at the Royal Lodge.

Basically, if you want to watch Eugenie and Jack Brooksbank's wedding live, you need to have 10 a.m. to 12 p.m. blocked out. If you're able to, you could stretch that out to 9.25 a.m. to 12.30 p.m., as ITV's This Morning will be dedicating a special three-hour programme for the royal wedding.

Hosted by Eamonn Holmes and Ruth Langsford, This Morning will "capture the atmosphere and arrivals at St. George's Chapel," and will "cross to live coverage of the ceremony from inside the Chapel which will be broadcast in full," as stated in a press release sent to Bustle UK.

It seems that ITV will be the only British broadcaster covering the entire event. Sky News will be including "snippets throughout the day as part of its rolling news coverage," according to the Mail On Sunday, and the BBC will be doing the same. The Beeb allegedly refused to air the whole wedding, as it didn't think "enough people will tune in," a source told the paper.

Once the ceremony ends at 11.55 a.m., ITV will then return to This Morning where "Eamonn and Ruth will be live with comments, discussion, and reflection on the events of the morning."

Obviously the two receptions following the wedding won't receive that level of live coverage, but there will undoubtedly be pictures and some insight when the newly-married couple and their guests arrive at Royal Lodge.

But even if you do miss it, you'll be able to follow up on everything pretty much straight away thanks to the art of social media.

ITV will also be broadcasting The Royal Wedding: A Family Celebration at 8 p.m. that evening, covering the most important moments of Eugenie and Jack's wedding.

So all in all, if you're not able to set aside two hours in the morning for Eugenie and Jack, there's no need to worry.