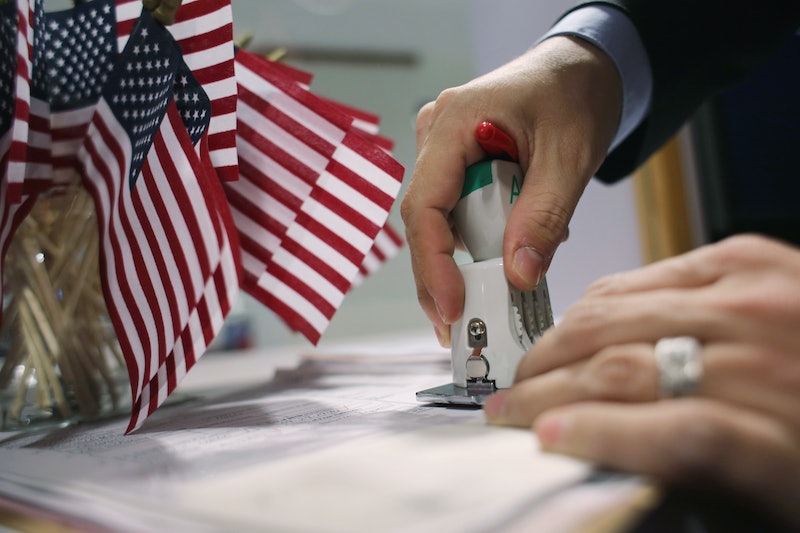 Immigrants hoping to become U.S. citizens have usually had to wait around six months for their applications to go through the Department of Homeland Security. But, according to a recent Associated Press report, how long U.S. citizenship applications take to process has quadrupled in some parts of the country under Trump.

Currently, more than 700,000 immigrants are waiting to hear back on the outcome of their citizenship applications, the AP noted. The longer wait times have drawn criticism from immigration advocates, who suspect the stretched out wait may be directed at keeping potential anti-Trump applicants from becoming citizens and voting.

“People are motivated to participate, and they’re being frustrated from being able to participate in the elections they’re excited about,” said Manuel Pastor, director of the University of Southern California’s Center for the Study of Immigrant Integration, to the AP.

Across the country, the average wait time has now lengthened from six to 10 months. According to the AP, the application processing period can take up to 22 months in Atlanta and more than two years, at 26 months, in certain areas of Texas.

U.S. Citizenship and Immigration Services did respond to the new statistic, telling the AP that wait times are now longer because the government is seeing an increase in citizenship applications. Between 2016 and 2017, per the AP, the number of applications shot up by 8 percent, during the same period that wait times went up.

Government is often burdened with backlogs, and it's often the case at the federal level, especially within the American immigration system. But, the AP reported, the final process of naturalization within citizenship (which allows the citizen to have a passport and be granted voting rights) had not seen delays until recently.

The number of immigrants applying to become U.S. citizens increased 27 percent from 2015, the AP noted, during the time that Trump included tough-language and severe immigration measures as part of his presidential platform. A Texas Tribune reporter posted a graph on Twitter, illustrating the spike in applications during the timeframe.

Last Thursday, Trump tweeted that migrants coming from Central America toward the United States in a caravan would not be accepted at the border. The caravan, which began as a domestic political move in Honduras to undermine the Latin nation's newly-elected president, has now become a talking point for Trump, according to the New York Times. He's described it as an organized effort for criminals and possible terrorists to slip into the nation, though the president has since conceded that there is no proof terrorists are among the traveling migrants.

"To those in the Caravan, turnaround [sic], we are not letting people into the United States illegally," Trump wrote. "Go back to your Country and if you want, apply for citizenship like millions of others are doing!"

The process of becoming an American citizen can vary depending on a person's status (which can range from asylum seekers to foreign financial investors). But in general, immigrants must maintain green cards for at least three years, have established good moral character, and pass English and civics tests.