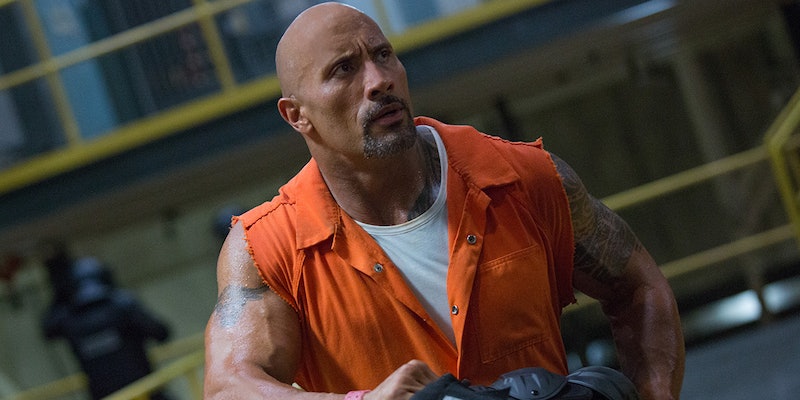 The Fate of the Furious — the eighth film in the action franchise — will soon race into theaters and kick off the summer movie season, something that's become a regular occurrence in recent years. But just how many Fast and Furious movies will there be? When The Fast & the Furious came out in 2001, the movie was a surprise hit, and I, as a sophomore in high school, thought it was the coolest thing ever. But after two lackluster sequels, the franchise appeared dead in the water in 2006 before reuniting the original cast for 2009's Fast & Furious. Then, the fifth film in the franchise, Fast Five, shifted genres from street racing to heist films, making the series the box office powerhouse that it is today (the most recent film, Furious 7, is the sixth highest-grossing film of all time).

But with The Fate of the Furious, the franchise again finds itself at a crossroads. The death of Paul Walker during the filming of Furious 7 means the series will be without one of its stars moving forward. The new film also represents another genre shift, as the focus changes from a heist film to something more closely resembling a spy movie. So if you look at the first four films in the franchise as a street racing tetralogy, and the last three as a heist trilogy, then it makes sense for The Fate of the Furious to kick off a new mini series within the franchise — but how many films will it last?

As of right now, the plan is for The Fate of the Furious to be the start of a new trilogy arc within the franchise, leaving a total of 10 Fast and the Furious movies overall. No one could have guessed the franchise would last that long back in 2001 — and certainly not after 2006's flop Tokyo Drift — and yet, here we are. Series star and producer Vin Diesel announced the franchise's intentions himself on Instagram in February of last year, not only confirming that two more films were on the way after number eight, but also revealing that the release dates for the ninth and tenth films were already nailed down.

The Fate of the Furious adds big name actors Charlize Theron, Helen Mirren, and Kurt Russell to the already stacked cast, so I wouldn't be surprised if the franchise stretches beyond the planned ten films. It's already the highest-grossing franchise in Universal Pictures history, meaning it's unlikely the studio will let it go quietly into that good night. "Vin has a vision in his mind for three more, so let’s get three more done and then see where we are from there," Universal's Jeff Shell told Variety in 2015. "Everything has an end, so I don’t think our expectation is we’re going to have a hundred of them… To me Fast and Furious has become no different than a beloved series that comes on every year."

There has also been talk of a number of spinoff films in development, with the potential to create an interconnected Fast and Furious cinematic universe — something that's all the rage these days. "We’ve written out story lines for various characters," Diesel told Variety. "We’ve been playing with it for a long time. It’s a very rich property and we’re committed to treating it with a lot of class." There character who is most often rumored to receive a spinoff movie is Dwayne Johnson's Hobbs, but nothing has confirmed as of yet.

For fans of the Fast and the Furious franchise, it sounds like you definitely don't have to worry about the series ending anytime soon. The filmmakers are going to keep on finding new ways to destroy cars for many years to come.