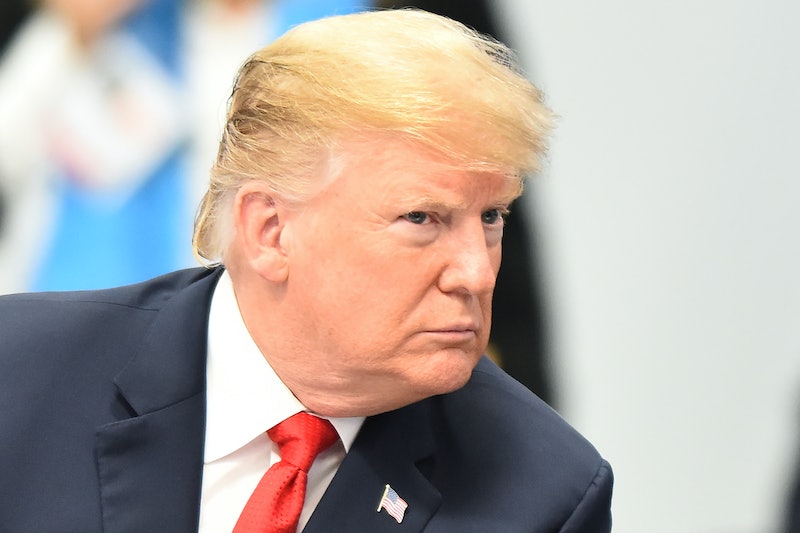 Shortly before the 2018 midterm elections, President Donald Trump ordered the deployment of active-duty troops to the United States' border with Mexico. He justified this move by drawing attention to the impending arrival of a caravan of Central American migrants, though critics described his decision as an unusual political stunt. On Friday, the Associated Press reported that Trump plans to extend troops' deployment to the border, though there will be a reduction in the number of troops deployed.

There are roughly 5,600 active-duty troops currently assisting the Department of Homeland Security at the border, the AP reported. In a new proposal to the Pentagon, however, the DHS requested that the number of troops deployed be reduced to 4,000, with the caveat that those who remain will be deployed for an additional 45 days past the original Dec. 15 deadline. In a statement to CNN, DHS spokeswoman Katie Waldman cited "the ongoing threat at our Southern border" as the reason for the request.

"This request refines support to ensure it remains aligned with the current situation, the nature of the mission, and (Customs and Border Protection) operational requirements," Waldman said, per CNN.

Defense Secretary James Mattis has not yet signed off on the proposal, though the Pentagon confirmed that it had received the agency's request. NPR reported that Mattis is expected to approve the proposal this weekend, at which time the government will make a formal announcement.

As of Friday, the AP reported that the 5,600 troops were deployed in three different states that border Mexico; 2,400 troops were deployed in Texas, 1,800 in California, and 1,400 in Arizona. Among these troops are combat engineers, helicopter crews, military police, and other service members, per the AP. Thus far, the federal government has spent roughly $210 million on the deployment of troops to the border — $72 million on active-duty troops and $138 million on National Guard troops engaged in a different mission. This figure would only increase if 4,000 troops were to remain there for an additional 45 days.

According to The Washington Post, Trump is the first president to deploy large numbers of active-duty troops to the border. Previous presidents, the Post reported, typically deployed National Guard troops to assist federal border agents at times of greater need.

The DHS felt that its decision to deploy troops to the border was justified on Sunday, when a peaceful march in Tijuana, Mexico concluded in American officials firing tear gas at migrants who attempted to cross the border. The American troops at the border did not directly engage with the migrants, DHS officials told the Post; instead, they reportedly remained present as back-up for border agents.

Thousands of Central American migrants have been waiting in Tijuana for weeks — or even months — for American officials to process their asylum requests. On Thursday, a group of migrant women announced that they were launching a hunger strike to protest processing delays and deportations of migrants, putting increased pressure on both the American and Mexican governments to come up with a solution.