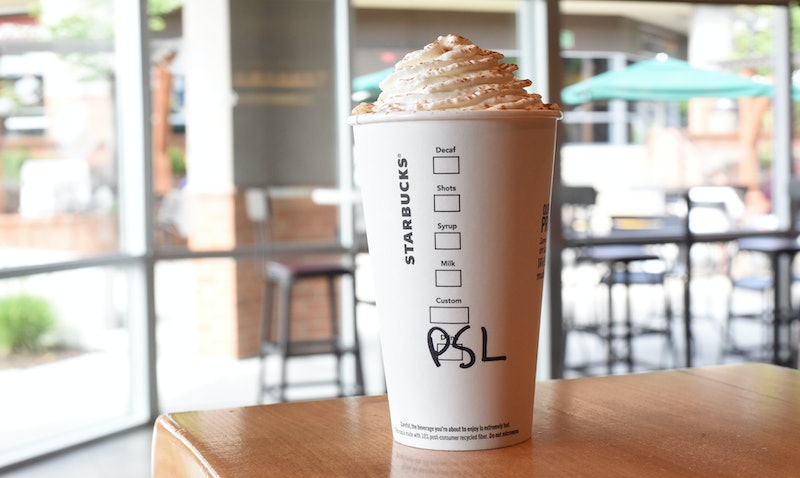 Now that Starbucks' Pumpkin Spice Latte officially returned on Sept. 4, everything feels different — even if it isn't really. The breeze is cooler (hopefully), everyone's got a flannel around their waist and a warm cup up orange goodness in their hands. And, if you're like me, when you find extra money in your pocket during the fall, you think you're Starbucks rich. So you'll definitely want to know how much Starbucks Pumpkin Spice Latte is going to cost you this fall season because let's be real: spare cash found is a latte earned.

In the last year alone, according to Forbes, 100 million dollars were spent on Pumpkin Spice Lattes — which, in other words, means you're not the only one spending all your money on the fall beverage. The drink is literally an international phenomenon, and people across the world are obsessed with it: even in places where fall is not much cooler than summer and pumpkins aren't the mascots of fall. It's just one of those things that brings us all together and makes us realize that while we might all be very different and we might all live very different lives, we all love the warmed spicy pumpkin coffee drink enough to spend a lot of money on it.

Honestly, it's worth it.