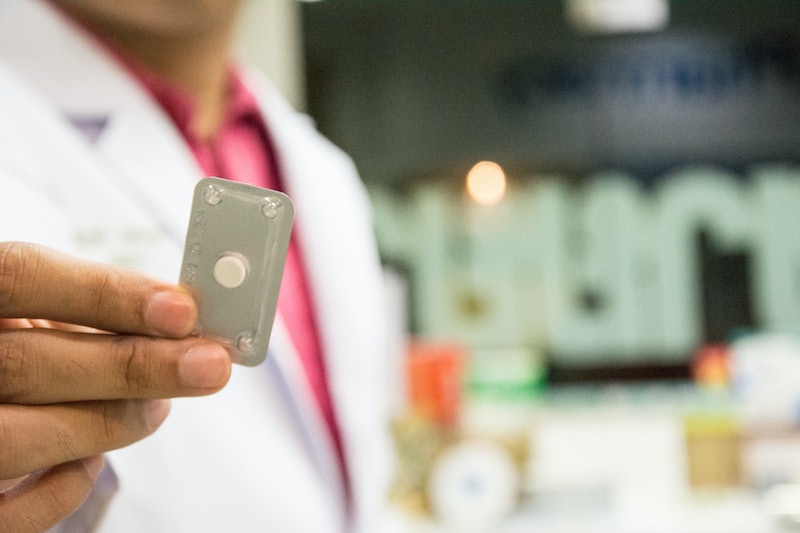 Although the morning after pill is free in the likes of GP surgeries and sexual health clinics, availability can be at the whim of opening hours and waiting times. Often, a person will end up paying for emergency contraception. And these prices can be extortionate for what is one small pill. But one online pharmacy has showed how little the morning after pill can cost, prompting claims that high street pharmacies are ripping off people in need.

Dr Fox has made one morning after pill available for just £3. Levonorgestrel — a generic version of the progestogen-based Levonelle — works up to 72 hours after sexual intercourse. Buying it from Dr Fox requires a person to be between the ages of 18 and 54 and to carry out a short online assessment.

As online ordering means going through the usual delivery procedures, Dr Fox does not recommend purchasing once intercourse has already taken place. Instead, the pharmacy's service is intended to be used for advance buying, allowing people to be prepared in case regular contraception fails.

Still, the pill's cost is substantially lower than the one offered by other pharmacies. For example, an identical 1.5mg tablet costs £15.99 from Boots.

Other forms of morning after pill come with an even higher cost. Dr Fox sells a single dose of Levonelle for £9. At Boots, the pill costs £28.25; at Superdrug, it's £27; and Lloyds Pharmacy charges £26. Another morning after pill that can be taken up to five days after intercourse, ellaOne, routinely costs over £30.

The British Pregnancy Advisory Service (BPAS) recommends people have a supply of emergency contraception at home, but has also called for the price of the morning after pill to be reduced. In 2017, Superdrug and Tesco agreed to halve the price, per iNews, but Boots refused, saying it did not want to be accused of "incentivising inappropriate use." Eventually, the company agreed to cut the cost, reports the Guardian.

But these "discounted" prices are still too high for many, especially when the morning after pill costs little to produce. “The sale of the morning after pill for £3 illustrates just how cheap this medication is, but women are still having to pay vastly over the odds for this pill at their time of need," Clare Murphy, the BPAS' director of external affairs, said in a statement.

The organisation wants progestogen-based emergency contraception to be reclassified as a General Sales List medication which would negate the need for a consultation with a medical professional. This mandatory consultation, says the BPAS, "serves little clinical purpose and can act as a barrier to access."

"The progestogen pill is extremely safe, can be used as often as needed, and gives women a second chance of avoiding an unwanted pregnancy that may risk their physical and mental health," said Murphy. "There is simply no reason why we should restrict access in the way we do when the stakes for women are so high — women know when they need it and should be trusted to use it.”

Morning after pills are "not a silver bullet to unwanted pregnancy," the BPAS points out. Recently, attention has been drawn to the fact that they are ineffective if you have already ovulated and were fertile at the time of unprotected intercourse. (In such cases, an emergency IUD should be fitted.) But access to emergency contraception shouldn't be granted on the basis of personal finances and pharmacists' beliefs.

If you need a free morning after pill, most sexual health clinics, GP surgeries, NHS walk-in centres, and some pharmacies and hospital A&E departments will offer it. To avoid an in-person consultation, however, Dr Fox is currently your most affordable bet.