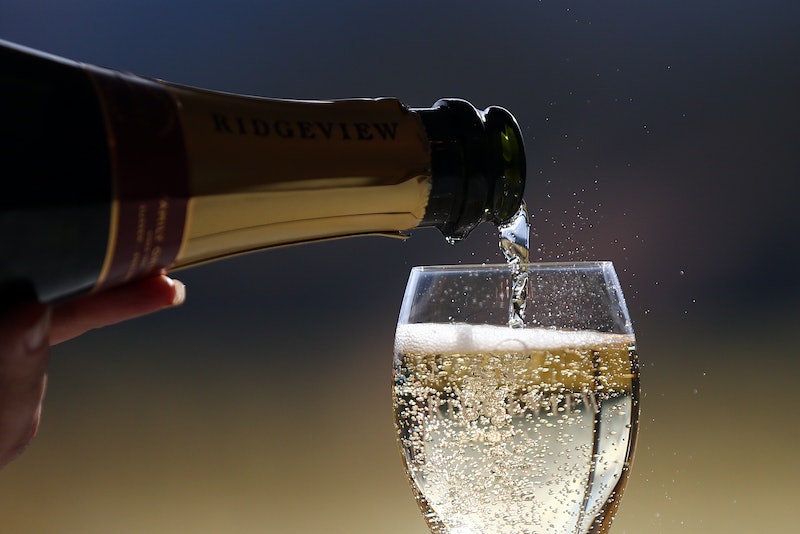 There are few things better than getting home after a long day of work and having a glass of wine — almost everyone I know drinks alcohol in moderation, especially because studies have shown that wine is healthy to drink. But according to new research from the University of Cambridge, drinking more than five drinks a week could cut your life short. Researchers looked at 600,000 people from 19 countries and found that people who drank more than five drinks a week also had lower life expectancies. The study found that people who drink are at a higher risk for stroke, aortic aneurysms, and other cardiovascular conditions. The findings have wide-ranging implications, especially for countries that say you can have more than five drinks a week and still be drinking in moderation.

The U.S. Centers for Disease Control and Prevention recommends that women limit themselves to seven drinks a week, while men are allowed to have 14 before things reach a dangerous level — and according to this new study, that amount may be too much. Lead author Dr. Angela Wood was quoted in a press release as saying that drinking small amounts of alcohol could help you live longer, but not all alcohol consumption is healthy. "Alcohol consumption is associated with a slightly lower risk of non-fatal heart attacks but this must be balanced against the higher risk associated with other serious — and potentially fatal — cardiovascular diseases,” she said.

In 2016, the UK officially changed its alcohol recommendations and lowered their healthy intake guidelines significantly. They're now among the lowest in the world, recommending that both men and women have no more than six drinks a week, according to The Guardian. Based on these findings, that change may have been a good thing. The study was funded by the UK Medical Research Council, British Heart Foundation and several other organizations. Victoria Taylor, senior dietician at the British Heart Foundation, says in the press release that the findings "may make sobering reading for countries that have set their recommendations at higher levels than the UK." Because the study involved self-reported figures about how much people drink, more research is needed to more firmly establish cause and effect, but this could eventually impact health guidelines in the U.S.

Having a drink every day may not feel excessive, but The Guardian calculated the numbers from this study and found that one extra glass a day could take 30 minutes off your life. And Taylor says that the guidelines are the maximum recommended amount, which means you shouldn't view that as a goal to reach. “This doesn’t mean we should rest on our laurels, many people in the UK regularly drink over what’s recommended. We should always remember that alcohol guidelines should act as a limit, not a target, and try to drink well below this threshold.”

Unfortunately, it does seem like all of those studies about alcohol having health benefits may have gotten us too excited, because now, it seems, it's possible that the risks may outweigh the benefits. It's pretty intense to think about whether a glass of wine or a beer is worth 30 minutes of my life, but at the same time, I may give the grim reaper the half-hour if it means enjoying myself. But in all seriousness, this study reminds us that alcohol in large quantities can be harmful for you, and it's important to pay attention as researchers continue to study the effects. For now, less is more when it comes to alcohol consumption — even drinking moderately could affect you in surprising ways.