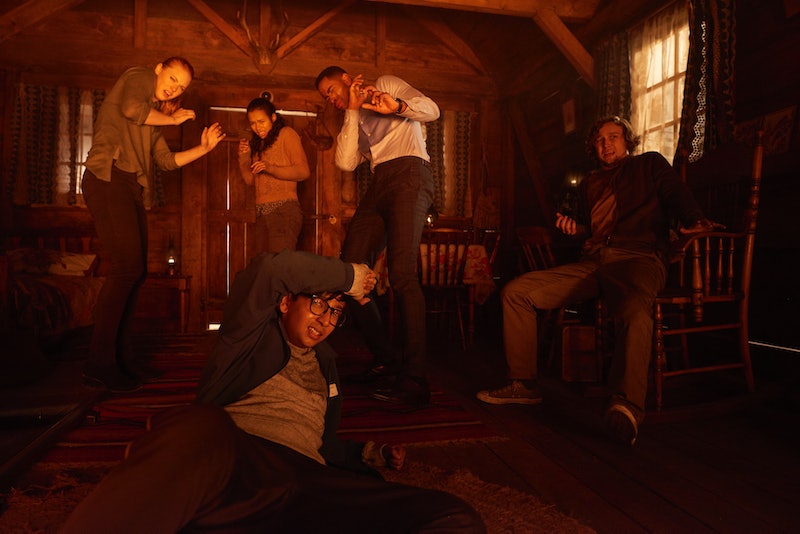 What better way to start a new year than by scaring yourself half to death? The new movie Escape Room, out Jan. 4, sets up a Machiavellian game which only one person can survive. But how scary is Escape Room really? The movie might have the tagline, "Everyone is dying to play," but people who can't handle scary movies too well might not feel too enthusiastic about seeing the new horror flick.

Part of what makes Escape Room so bone-chillingly scary is the simple setup of the movie, which might be eerily familiar to some people. Since escape rooms are so popular these days, watching a movie about a horror-themed escape room with deadly consequences might not be too enjoyable for some who feel like the 2019 movie hits too close to home.

Even if you have partaken in an escape room in the past, or if you plan to attend one in the future, though, you can still enjoy the new movie. Escape Room takes the concept of a locked room that traps its visitors and requires them to solve puzzles within a limited amount of time to an extreme level that wouldn't actually happen in real life. The kind of escape room in the upcoming movie is a lot more like the locked spaces from the Saw movies than anything you'll encounter out in the real world... Hopefully.

Escape Room might be the next perfect horror movie for fans of the genre who actually enjoyed getting a good scare, because it not only has the suspense of waiting to see what happens in the next task, but there are jump scares and gory bits too. It will thrill you if you can handle seriously scary movies, especially the Saw movies, which have that similar puzzle concept.

It has some horror cache as well. The director of Escape Room, Adam Robitel, has previously directed other super-scary flicks like Paranormal Activity: The Ghost Dimension and the fourth Insidious movie, The Last Key.

In an interview with SyFy Wire, Robitel explained that he started directing horror movies because he has a personal connection to the genre. "I was raised with really scary ghost stories by my grandmother, so I always gravitated towards things that creeped me out," the director said.

If Robitel aims to creep other people out with his movies, most would probably agree that he accomplishes that goal, especially in Escape Room. The six strangers in the film, played by Taylor Russell, Logan Miller, Jay Ellis, Deborah Ann Woll, Tyler Labine, and Nik Dodani encounter freaky task after freak task after they're brought all together. As you can see in the trailer, one of those situations involves a room with the temperature cranked up to 451 degrees Fahrenheit in a sadistic nod to the famous novel.

Not only does Escape Room test your ability to sit through a super scary movie yourself, but it'll likely also put you to the mental task of trying to figure out the clues along with the movie's unfortunate subjects.