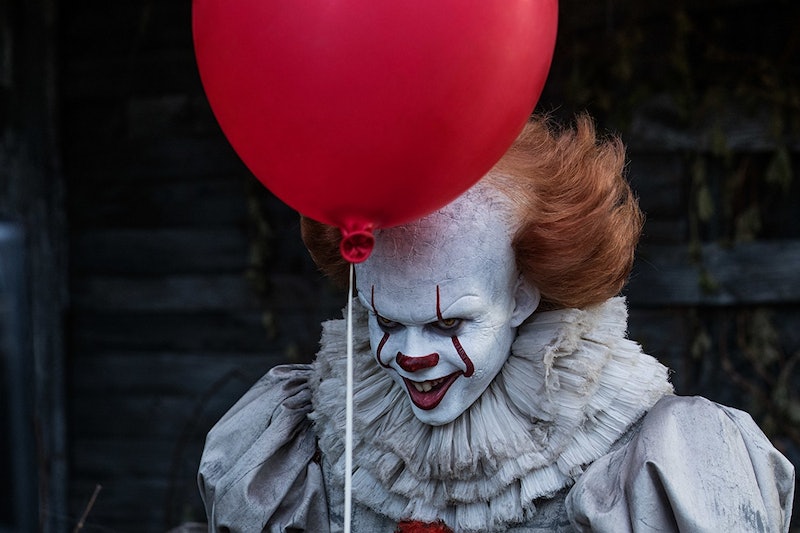 This year has already seen a number of acclaimed horror film releases, like Get Out, Split, and Annabelle: Creation, but the most-anticipated is still yet to come. It opens on September 8, and the Stephen King remake is aiming to remind audiences why so many people are terrified of clowns. But how scary is It? Is the film truly going to be an outright scare-fest, or is it aiming for a wider box office haul by toning down the frights in favor of striking a more blockbuster action movie tone?

For anyone worried that It will hold back its darker impulses in favor of not offending 14-year-olds, you needn't worry. By all indications, this is going to be one terrifying film that will do King's novel justice. First of all, the basis for the film is considered by many to be one of the most frightening books ever written, so the foundation for the movie's story is guaranteed to put audiences on edge. The next factor in the film's favor is the young cast. With the protagonists being children, it puts the audience in a position where they feel more worried for their safety than they would if the good guys were grown up. And since these young actors are super talented (Stranger Things' Finn Wolfhard is among them), they may even end up causing viewers to remember what it was like to be scared as a child, which is no small feat. But the aspect of the film that will really make or break the scare factor is Pennywise himself.

Everything fans have seen so far of Bill Skarsgård's take on the sadistic clown shows that he was definitely up for the task. All indications are that the new Pennywise is even more terrifying than Tim Curry's legendary original from the 1990 miniseries, and when you couple Skarsgård's performance with the fact that the film will be bereft of the poor special effects and cheesy moments of the old TV version, you're left with a Pennywise that will keep you feeling uneasy long after you've left the theater.

The movie's marketing also makes no mistake in showcasing that this is an honest-to-goodness horror film. The trailers have all been horrifying, there's a VR experience that is suitably creepy, and the film even produced a haunted house in Hollywood that's full of scares. Really, how much more evidence do you need?

Thanks to the subject matter, the cast, and the marketing, It is shaping up to be the scariest movie of 2017. So if you're scared of clowns, even a little bit, you might want to hold off on seeing this film.

More like this
You Can Finally Stream 'Ticket To Paradise' At Home
By Chloe Foussianes
Yes, That's Lindsay Lohan's Sister Singing In The 'Falling For Christmas' Movie
By Radhika Menon
Keke Palmer Paid Tribute To "Other Half" Darius Daulton After Announcing Pregnancy
By Jake Viswanath
'The Holiday' Director Just Addressed *Those* Sequel Rumours
By Sam Ramsden
Get Even More From Bustle — Sign Up For The Newsletter