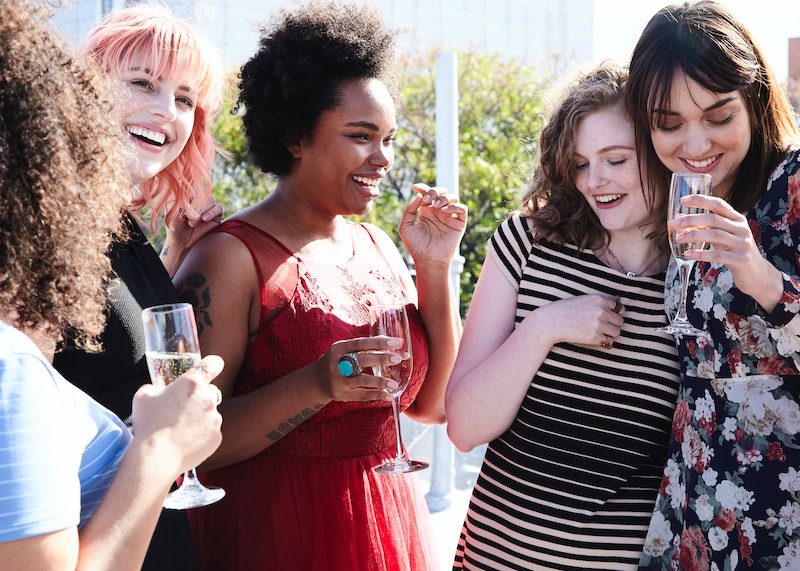 Social media influences a lot of what we do these days. We get our news from Facebook or Twitter. We make purchasing decisions based on what we see on Instagram. The president communicates primarily in tweets. And, according to a new survey from the Family Center for Recovery, it’s also influencing how we day drink.

For this survey, 1,044 people between the ages of 18 and 75 who confirmed that they drink alcohol were asked about their drinking habits via an online survey. A little less than half were women; a little over half were men; and about half a percent did not identify as male or female. In addition to questions about what they drink during the day and how often they day drink, the survey asked respondents about the effects of social media on their day drinking habits.

First things first: How does seeing other people day drinking on social media make us feel? You know, those brunch shots or cute picnics or a BBQ in someone’s yard? Personally, they usually inspire at least a little bit of FOMO in me, particularly if I’m just hanging out at home by myself. After all, it’s hard to ask yourself why you weren’t invited when you see images of your friends having fun without you.

45.1% of people who said social media influences their day drinking said that viewing other people day drinking online made them feel “left out.”

So, it sounds like seeing our friends throw a few back during the day is making people feel not only FOMO, but also that they should be drinking as well, which could be a dangerous combo.

The survey also found that seeing other people day drinking also affects what we drink (23.25 percent) and even what we wear (19.6 percent) when we’re sipping during the daytime. Human beings are social animals, after all, and we learn social norms from observing each other. Therefore, it makes sense that we’d see what other people day drink — and what they wear when they’re doing it — and follow suit. How else do we know that mimosas are brunch drinks and flowery sundresses look best while sipping at an afternoon picnic?

Why does all of this matter? For people who don’t use social media — or for people who don’t have a complicated relationship with alcohol — maybe it doesn’t. But it’s important to recognize where our influences and our behaviors come from. Social media already influences so much of our life and it makes sense that it would influence our drinking (and, particularly, our day drinking) habits, too. So just be aware when you’re consuming social media of what it might be telling you, even if it’s not obvious at first.