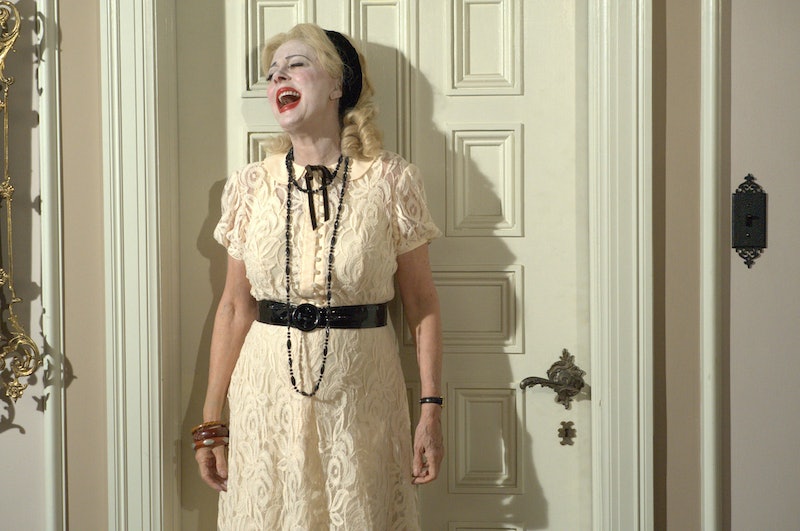 Bette Davis and Joan Crawford may have despised each other, but they had one thing in common — their careers were on the verge of collapse due to the sexist, ageist mindset that dominated Hollywood in the 1960s. As depicted in Ryan Murphy's series Feud: Bette & Joan, both actors were wildly successful — but being over the age of 50 was the kiss of death in the industry and they both struggled to find work. When Davis and Crawford were given the opportunity to star in a film together, they needed it to be a hit — but how successful was Whatever Happened To Baby Jane?

Although it's commonly referred to as a "cult classic," Whatever Happened To Baby Jane? was an immediate critical and commercial success when it hit the big screen in 1962. According to the review aggregator Rotten Tomatoes, 92 percent of the 48 reviews were positive. In its four star review, TV Guide observed that: "As in the best Hitchcock movies, suspense, rather than actual mayhem, drives the film." Hitchcock was at the peak of his career when Baby Jane was released, so being compared to "The Master of Suspense" was definitely high praise. Although The New York Times dismissed it as a "melodrama" that didn't allow Davis and Crawford to showcase the extent of their acting chops, the outlet's review was an anomaly.

Of course, being lauded by critics doesn't necessarily translate to commercial success — but, Baby Jane achieved both.

As depicted in Feud, the rivalry between Davis and Crawford was the ultimate tabloid fodder — Hedda Hopper certainly seems to enjoy reporting on the duo's tension, but she's also giving readers exactly what they want. After all, scandal sells. Whatever Happened To Baby Jane?'s marketing campaign capitalized on this, and deliberately played up the hostility between Davis and Crawford — and this undoubtedly is a major reason audiences flocked to see a film starring two actors who were considered "washed up" due to their ages.

According to TCM.com's Whatever Happened To Baby Jane? page, the film was an instant "box office smash" and "people lined up around the block to see two of Hollywood's finest go head-to-head on the big screen and make mincemeat out of their former screen images." Both Davis and Crawford worked tirelessly to promote the film (Davis made 17 promotional appearances in New York state theaters over the course of three days) and their efforts captured and held the attention of filmgoers. The film grossed $9 million at the box office, making it the 14th highest-grossing film of the year, according to Box Office Mojo. (Lawrence of Arabia, which won the Best Picture Oscar, took the top spot.) Considering Whatever Happened To Baby Jane? was filmed with an extremely limited budget, the box office results were a major victory.

The film also garnered five Oscar nominations: Best Actress (Davis), Best Supporting Actor (Victor Buono), Best Costume Design (Black & White), Best Cinematography (Black & White), and Best Sound. It won for Best Costume Design, but the Oscars intensified the actors' rivalry in a major way — Crawford was absolutely livid that she'd been snubbed and, as reported by People, she joined forces with Hedda Hopper to destroy Davis' chances of bringing home the coveted statue. To add insult to injury, Crawford concocted a plan that successfully landed her on stage when the award was presented — she convinced Anne Bancroft to let her accept the Oscar on her behalf.

Whatever Happened To Baby Jane? certainly deserved every bit of its critical and commercial success — but the fact that a feud was cultivated and exploited in order to achieve this illustrates just how vicious the film industry can be.

More like this
Everything You Need To Know About ‘Black Panther: Wakanda Forever’
By Bustle Editors
Christian Bale Sang With Taylor Swift & His Daughter Can't Believe It
By Radhika Menon
Lindsay Lohan & Jonathan Bennett Celebrated Mean Girls Day Very Differently
By Jake Viswanath
Everything To Know About The Long-Awaited ‘Community’ Movie
By Stephanie Topacio Long
Get Even More From Bustle — Sign Up For The Newsletter