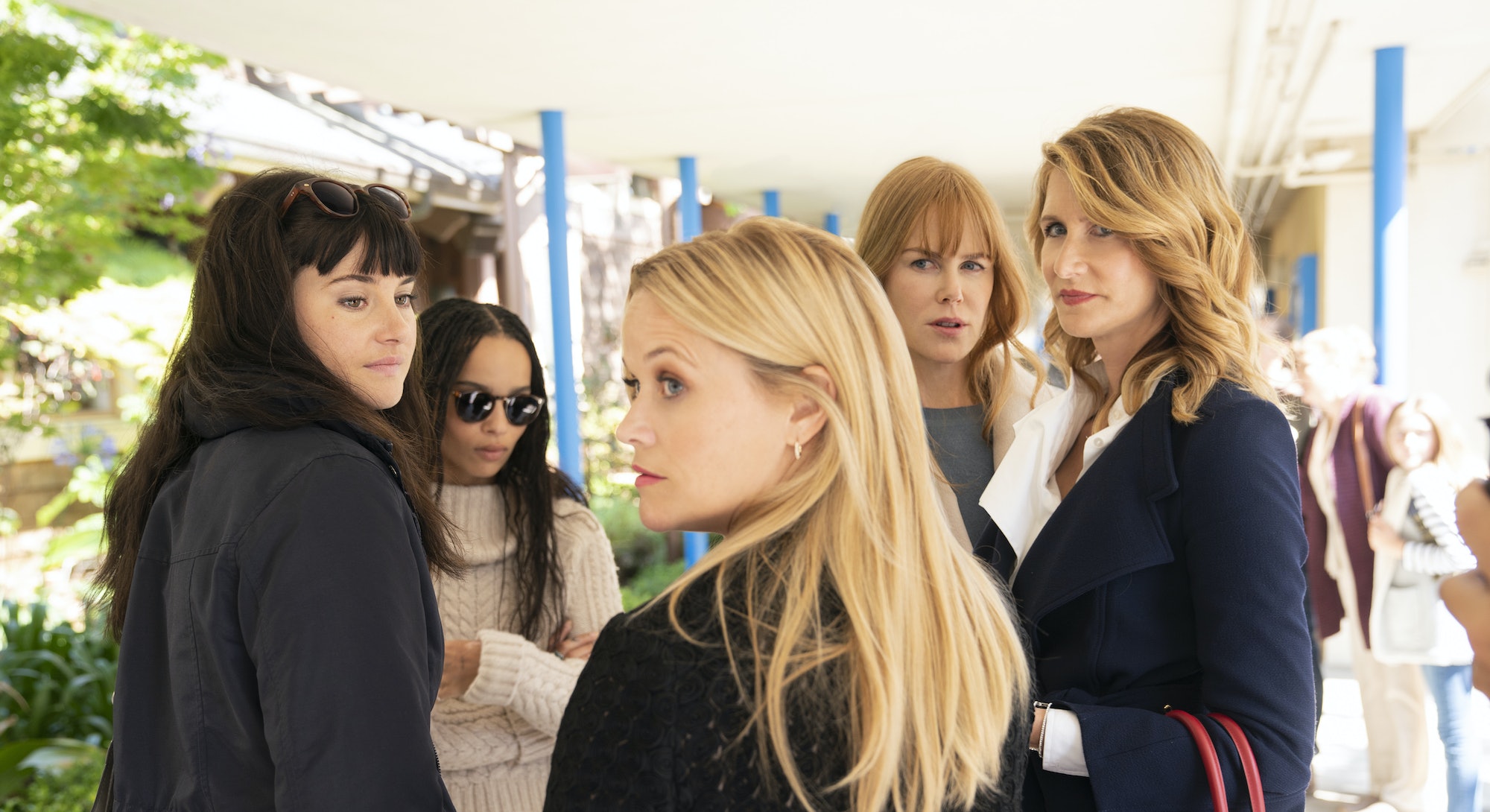 Oftentimes, the way we dress can reflect our psychological and emotional states. In fact, research suggests a strong connection between low-effort clothing and depression. In Big Little Lies, the traumatic events experienced in the show’s first season affected many of the characters’ sartorial choices. For some of the women, the impact their shared secret has on their wardrobe is more evident while others are not as obvious.

“This season is about speaking to the characters' emotional states and kind of deconstructing what we established in Season 1,” the show’s Emmy-winning costume designer, Alix Friedberg explains. “We really established their closets, and who they were, and their color palettes." In the latest season of Big Little Lies, Friedberg wanted to "take what each woman was going through emotionally and establishing that visually," but within their same wardrobes. "It's really only six months later, so nobody's really had a chance to go shopping," she adds. All this made it fun to see how the women are dressed in Season 2’s fourth episode, “She Knows" which aired on Sunday, June 30.

While the disco party episode gave the characters an excuse to have fun and dress up for the first time since donning Audrey Hepburn-inspired outfits during that tragic trivia night, the rest of the time we can see just how different they're dressing compared to last season. Friedberg helps us break it down.

Renata, of course, will “not not be rich,” so Friedberg says she’s dialed her designer clothing up a notch since last season. “She's going through the chaos of losing her castle and has sort of clung to her possessions in a way where wearing this veneer of expensive, structured, high-end fashion is more important,” Friedberg says. “She's never going to let the outside world see what's really happening to her.” Friedberg tells me that some of Renata’s clothes came from the runway, while others are custom-made and points out how it can be tricky when designers send pieces for characters to wear. “You don't want it to become a fashion show, and you don't want it to be marketing for anybody," she says. For the most part, they sourced clothing in LA, got pieces custom made, or shopped on the designer consignment site The RealReal.

In episode four, Renata, dealing with the aftermath of her husband Gordon’s (Jeffrey Nordling) shady business ventures, forgoes throwing a more appropriate birthday party for a nine year old (like, Jojo Siwa themed, for example) and plans a ‘70s-inspired bash that seems more geared towards the adults. Friedberg says the Studio 54-meets-American Bandstand theme was a “silly, fun, and very colorful” antidote to the drama and heaviness that has happened in the first three episodes. “It's supposed to be Amabella's birthday party, but really it's all about Renata,“ Friedberg says. “It's her big blowout before the people come and repossess everything.”

Renata wears an off-the-shoulder gold lamé dress with accordion pleats, a look she matches with her daughter. "Anyone that would do that at their own daughter's birthday party is obviously clamoring for the spotlight," Friedberg says.

Friedberg says that out of the women, Madeline is the one with the least sartorial change. “Her style's evolved a bit in terms of how she's got this real estate job, so it's a little bit more professional, but she is still her very colorful, floral, feminine self. I think that the lie has gotten to her the least,” Friedberg explains.

While Witherspoon's fashion label, Draper James, sells a dress inspired by her character, Friedberg says that she keeps the brand separate from the show and doesn't try incorporating any of her pieces in her character’s style. “She's very professional in the way that she doesn't want to mix what's going on with her business with her character’s, which I have a lot of respect for.”

Friedberg says that while Renata and Amabella’s twin outfits were custom-made for the disco episode, Madeline wore a mix of new and old, which was more realistic for the characters. “It makes sense for a real parent to go out and say, you know, there's a ‘70s disco party happening and I don't have access to a costume shop. So, they would go to the stores or thrift shops around there and do the best they can.” The hot pink pants Witherspoon wears are vintage, but Friedberg says her pink track jacket was purchased from a contemporary teen fashion retailer.

Friedberg says the character of Celeste (Nicole Kidman) is haphazardly getting dressed, holding it together “very, very loosely” for her sons. “She is caught sometimes in an old shirt or a sweatshirt of Perry's just to remind herself of the scent of him.” Friedberg points out that Celeste has a “departure from this style” during the second half of the season. “I can't get into that too much, but it's kind of a nice arc for her to see her evolution come full circle, visually.”

While she managed to dress up as a '70s goddess for the party, this season has Bonnie (Zoë Kravitz) not looking like her usual self. Of the women, she's had the most drastic transformation going from a colorful, earthy, and Bohemian style, to her depression manifesting itself through her clothing. “You can see her lack of self care. She’s grabbing things off the floor; it's really thoughtless, kind of covered up, colorless and shapeless. Lots of sweats, baggy T-shirts, and sort of protective-type garments,” Friedberg explains.

Jane (Shailene Woodley), on the other hand, went from plain and shapeless to finding her own style. "She's got the light back in her eyes,” says Friedberg. “She has his new haircut, she's moved to the ocean, she's surfing. So, she's kind of adapted a very California surf vintage-style.”

Friedberg keeps Mary Louise, Meryl Streep’s character, in “unremarkable” looks, describing her as a creature of habit, very prim, and with a limited color palette. “Button-front shirts with collars, very sensible slacks, Belgian loafers that are classics that have been around for, you know, since the fifties. There's nothing about her clothes except for that little pop of color in those old Hermès scarves she sometimes wears,” she says. “It's a very sort of grandmotherly, maternal kind of feel for her. She doesn't give a lot away.”

It will be interesting to see how the rest of the season plays out for both the characters’ situations, and how their clothing reflects what they’re going through even more. In the meantime, we’ll be making guesses as to how Celeste’s style will come "full circle."