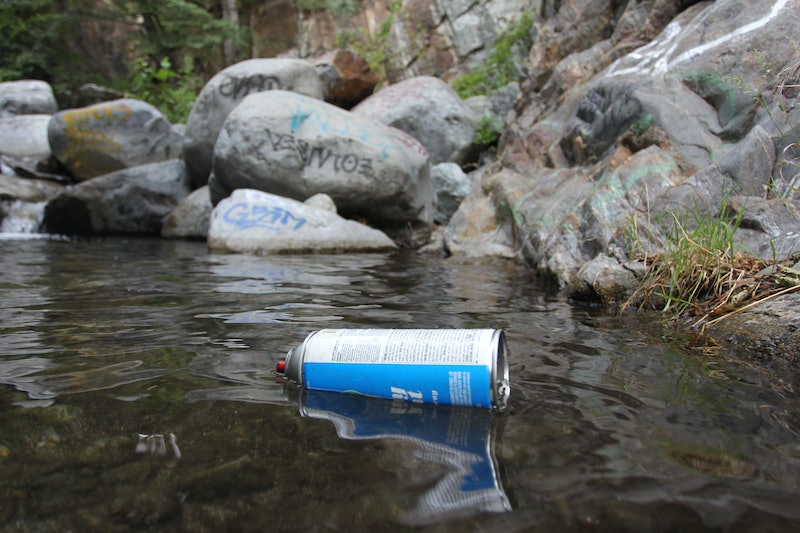 Yosemite National Park is crowded on even the best of days. But throw in the skeleton staff and limited services brought on by a partial government shutdown and you have a recipe for disaster. Indeed, national parks are being overwhelmed amid the government shutdown. As the shutdown enters its 11th day, a number of national parks in the West are struggling to cope with visitors' garbage, human waste, and destructive (not to mention illegal) off-roading.

While government shutdowns in previous administrations have seen national parks shuttered, the Trump administration has opted to keep the gates of national parks open despite the shutdown's severe reduction in services and personnel. According to the Associated Press, many parks have had the majority of their rangers and staff furloughed until Congressional leaders and President Donald Trump can agree on a spending deal that would fully fund the government. In fact, a number of parks have been reduced to skeleton crews, meaning there's few people on hand to monitor visitors, maintain roads, empty trash receptacles, or keep restrooms open.

So as visitors continued to stream in through the gates over the holiday, a number of parks have become overwhelmed with trash, vandalism, and even human waste. In Yosemite, visitors were reportedly seen improperly disposing of trash from their car and going to the bathroom in high-trafficked open-air areas. "With restrooms closed, some visitors are opting to deposit their waste in natural areas adjacent to high traffic areas, which creates a health hazard for other visitors," National Parks Service spokesman Andrew Munoz told The Los Angeles Times.

The park has since closed its Mariposa Grove of Giant Sequoias as well as the Hetch Hetchy, Wawona, and Hodgdon Meadow campgrounds due to "human waste issues."

But Yosemite isn't the only national park experiencing problems. On Monday, the National Park Service announced it would close all campgrounds in Joshua Tree National Park beginning noon on Wednesday in an effort to protect the park from unruly visitors. "The park is being forced to take this action for health and safety concerns as vault toilets reach capacity," a press release from the National Park Service read. "In addition to human waste in public areas, driving off road, and other infractions that damage the resource are becoming a problem."

On Sunday, Pinnacles National Park closed the eastern portion of the park to all visitors excluding those who already hold confirmed reservations to Pinnacles Campground. In a press release, the park noted the closure was "due to impacts from human waste and increased vehicle congestion."

In Utah, Arches and Canyonlands national parks were forced to close their gates completely on Monday as the government shutdown left no one to plow the roads of freshly fallen snow. "Due to heavy snowfall on Dec. 31, the park road is closed at the visitor center," an alert on the Arches National Park website read. "It is unknown when the road will open. Access to the park will not occur until conditions improve or the National Park Service receives funding to maintain the roads." A similar message was posted to the Canyonlands website.

In Colorado, Rocky Mountain National Park was open only to pedestrians and cyclists as snowfall had impacted road conditions.

A full list of national park closures brought on by the government shutdown and other conditions alerts can be found at National Parks Traveler.