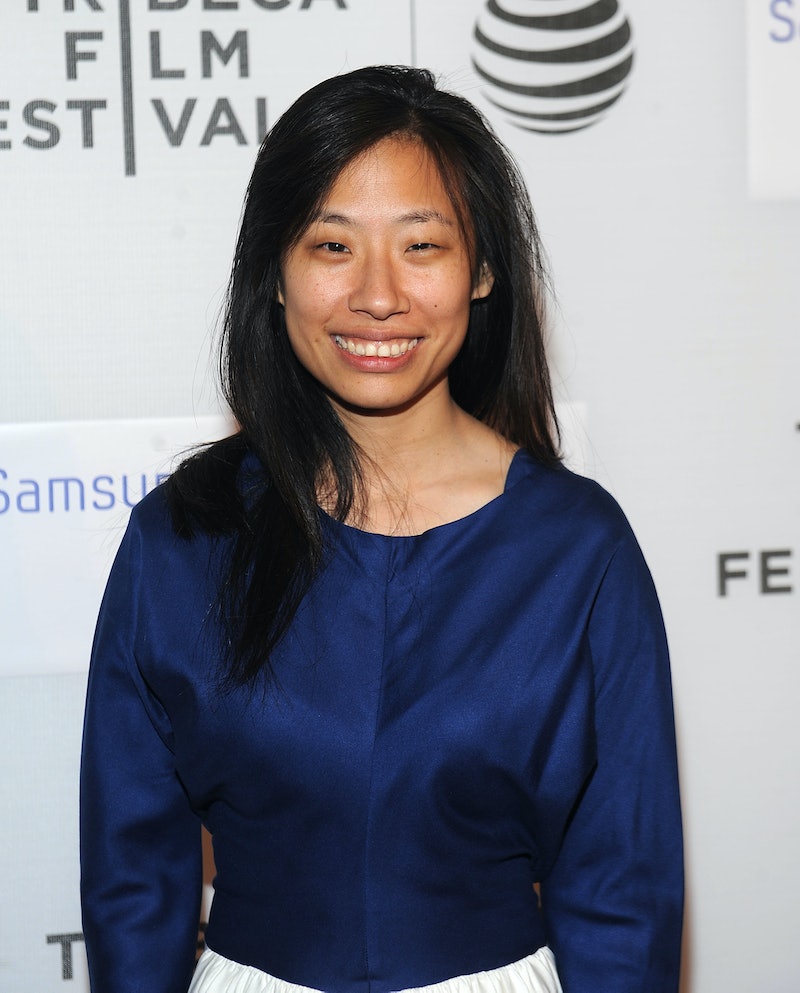 Maureen Fan, 36, is the CEO and co-founder of Baobab Studios, an industry-leading virtual reality animated film company. The studio has already drawn plaudits for Invasion!, its 6-minute, Ethan Hawke-narrated VR short released in 2016. It's no secret that VR and tech are heavily male-dominated fields, but Fan smashed those gender stereotypes in the workplace by directly confronting them, and with the science to back it up.

Before launching Baobab Studios, Fan worked at Zynga, the mobile-platform and social media game studio behind such hits as Farmville and Drop7. While an executive at the company, she was frustrated with the fact that that she wasn't being promoted to general manager, despite knowing she was "better than all the guys who were GMs," she tells Bustle. "And I started thinking that it was me, because you don't want to play the woman card, right? So you're like, 'It's not the system, it's me!' So it actually lowers your own self-esteem, which is really important not to do."

Fan quickly realized it wasn't her, and she ultimately got promoted after she took research about gender issues in the workplace straight to her boss and demanded an answer.

Fan tells Bustle she asked her former business school professor to send her some research about women in leadership. "I printed them all out, and started highlighting it. And I gave it to my boss, and [said] 'This is what you're doing to me.'"

Needless to say, Fan took a very direct approach, and one that might not be received well by a male boss lacking the desire to reflect, and to honestly assess his attitudes, motivations, and biases surrounding women in corporate leadership.

He realized that bias in himself, and he changed it. And that was amazing, because if I hadn't said anything, he wouldn't have known.

But according to Fan, her research-driven appeal was a success, and it made her boss genuinely understand why he hadn't promoted her. "He actually said to me, 'You know what...I thought that if I promoted you right away, then you'd be swimming with the sharks and they would attack you, and I feel protective of you because you are a woman. But if you were a guy I would have really promoted you,'" Fan tells Bustle of her conversations with her boss. "He realized that bias in himself, and he changed it. And that was amazing, because if I hadn't said anything, he wouldn't have known."

Fan says this lack of awareness generally isn't because men are bad; rather, it has to do with how we are socialized. "Women do this to other women, too," she says. "And it's because we're raised and socialized to think about what are attractive female traits versus what are attractive male traits. And what are considered leader-like traits are usually associated with men, so if a woman's like that, she's not likable."

We can meet men halfway, but they should meet us halfway; it's not on us to become dudes.

She tells Bustle of a case study taught at the Harvard Business School, in which a hypothetical CEO's traits were described very differently based solely on the gender pronoun ― "strong" on the man's side, and "bitchy" on the woman's side. She also mentions a study from Stanford Business School demonstrating that women routinely receive far less venture capital funding than men, even with the exact same pitch.

Despite their initial struggles, Fan considers her former boss "a great mentor of mine" to this day, and says educating men about these issues is what's foremost important to her. "A lot of the things all the literature is telling us to do is how women should be more like men, and I think that isn't fair," Fan says. "We can meet men halfway, but they should meet us halfway; it's not on us to become dudes."