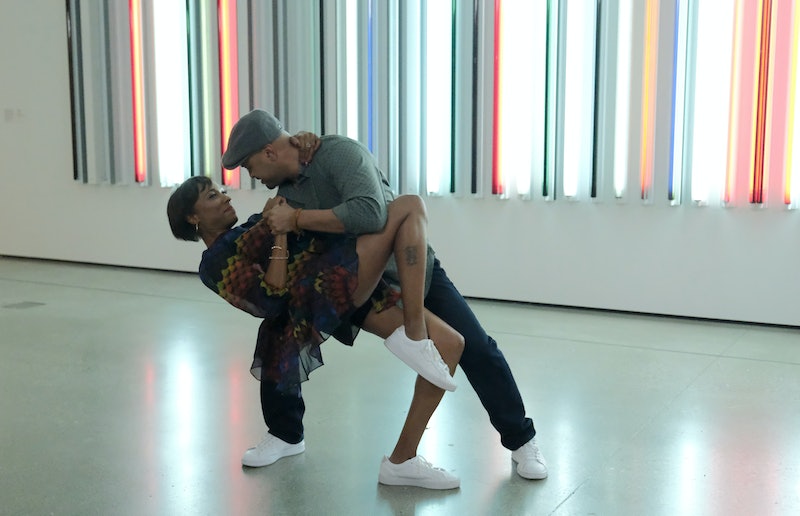 There are so many creative ways to find love on TV these days. You can go on The Bachelor, Love Island, or... try your hand at Flirty Dancing, which lets applicants have a shot at meeting the love of their life via a complicated dance routine. The Fox version of the show is based on the original UK edition. Each week, contestants are taught one half of a dance's choreography with the goal being that the first time it's performed in full is also the first time the potential couple meets. The idea of trusting your partner, committing to romantic moves together, and telling a story with your body could bring people closer together quicker, and maybe lead to a real romance or two.

In the American version, a twist has been added to set the series apart from its parent show. In the new version, each contestant performs with two potential love interests and then they can choose which one they have the most chemistry with. Sound interesting? The casting site is currently taking applications here, and you don't even need to be a professional dancer to apply.

The application site has nearly 40 questions for hopeful contestants to fill out, and questions about the person's dance background are way down on the list. The majority of the questions ask about the applicants romantic history. Producers want to know why they've been unlucky in love, what they look for in a partner, and why they want to find their next boyfriend or girlfriend via dance performance.

In addition to filling out 40 questions, hopeful contestants must submit a photo of themselves as well as a two-three minute video about why the casting team should pick them out of everyone who applied. There's also a space at the end of the application where people can nominate others who they think would thrive on the show. So maybe you can apply and bring your best friend/sister/brother/cousin along for the ride.

The UK show also has an application website if you're from around there and want to apply for the original version of the series. The big difference in casting between the two shows is that the UK age minimum is 18, but the US show can't cast anyone younger than 21.

Season 1 of Flirty Dancing on Fox has already been fully cast, with the production company finalizing contestants around August 2019 and filming throughout November and December. Feel free to submit your application for a second season now, but keep in mind that the show will have to be renewed by Fox before the production will confirm a new cast list — and then it could still be a long time before filming begins. But, hey, shoot your shot. You never know if your soul mate is just a hop, skip, and a dance away.

More like this
ITV’s New Take On 'Love Island' Is Only For MILFs & DILFs
By Sam Ramsden
The Bachelor’s Christina Mandrell Comes From One Of Country Music’s Most Famous Families
By Brad Witter
Nicole & Chris Hinted They’re Still Together After 'Married At First Sight'
By Brad Witter
Jin-young Reflected On His Relationship With Seul-ki After 'Single’s Inferno'
By Brad Witter
Get Even More From Bustle — Sign Up For The Newsletter
From hair trends to relationship advice, our daily newsletter has everything you need to sound like a person who’s on TikTok, even if you aren’t.