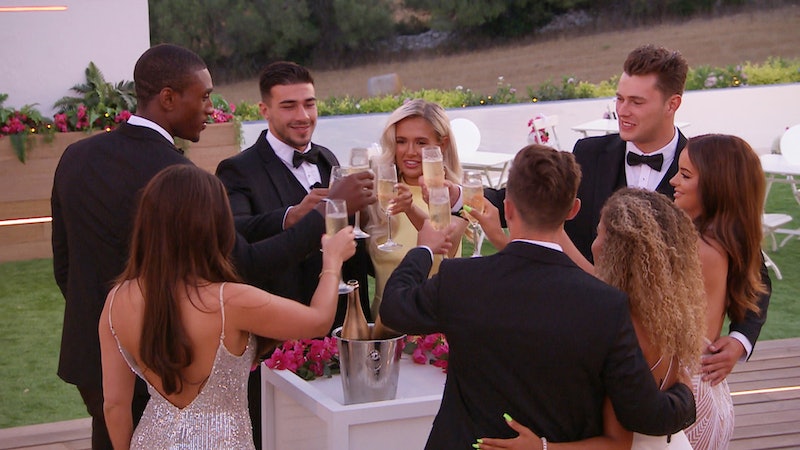 Missing Love Island already? Always dreamt of a South African holiday? Why not combine your two interests and apply for the next series of Love Island? If you missed the news that the show would be holding a summer and winter version in 2020, you're now up to speed. ITV2 has revealed that the winter edition will actually be held first, airing in January and set in a villa in Cape Town. So if you want to apply for winter Love Island, here's everything you need to know.

Applications are open now and will be closing on Nov. 30, 2019. The exact details of the form are a secret to non-applicants, but you must fulfil certain criteria to apply in the first place. Firstly, you must be at least 18 years old either on or before Nov. 30. Secondly, you must have a passport that is valid between Dec. 1 and June 30 and be able to travel to the destination of the programme. And thirdly, you must be available for a minimum of eight consecutive weeks starting in January 2020.

According to an anonymous source, Love Island bosses are looking for specific types of people for the winter series. One man was reportedly approached in Spain by a talent scout, telling The Sun: "I was asked if I was single and they showed me credentials from ITV2. I was a bit nervous about giving my name so they then showed me an email where they’d been asked to find 'types'. On there, it listed twins, goth girls, and Essex lads."

It's not guaranteed that those people will definitely be appearing on the show, but sounds like your odds could be higher if you have a twin brother or sister who's also into the idea of applying. As Bustle has previously reported, around 98,000 people applied for the 2019 series. But only six contestants were chosen from the general application pool. The rest of the 36 were scouted by the series' casting team or put forward by agents.

"We are very transparent about how we find people for the show, and whether they are invited to audition or apply themselves, everyone who is seen for the show goes through exactly the same process," a spokesperson told Metro. That process is thought to entail several rounds of auditions and interviews, notes Cosmopolitan, with one question aiming to find out if people are in it for love or money.

A few former islanders have spoken out about the process, admitting that applicants usually have to submit a one-minute video. 2018 star Laura Anderson told Glamour that she made a mini documentary, detailing a day in her Dubai-based life.

Others, like Montana Brown, advised being "really enthusiastic" during group interviews while remaining true to yourself. "I don't smoke. I was in a chamber choir. That's probably why I got on it because I was just really weird and a bit different to everyone else. I think that kind of sets you apart," she told the magazine.

If you do make it through, you don't have to worry too much about affording your bills back home. 2019 contestants received £250 a week for appearing on the show, reports iNews, and there's probably a lot more where that came from in the form of sponsorship deals and brand partnerships now they're out the villa.

More like this
Twitter Is Saying The Same Thing About 'Love Island'
By Sophie McEvoy
'Love Island’s Kai Fagan Is Very Clear About What He Doesn’t Like
By Sam Ramsden and Darshita Goyal
ITV’s New Take On 'Love Island' Is Only For MILFs & DILFs
By Sam Ramsden
Every Season Of 'Love Island' Ranked Best To Worst
By Alice Broster, Frances Stewart and Sophie McEvoy
Get The Very Best Of Bustle/UK
Sign up for Bustle UK's twice-weekly newsletter, featuring the latest must-watch TV, moving personal stories, and expert advice on the hottest viral buys.