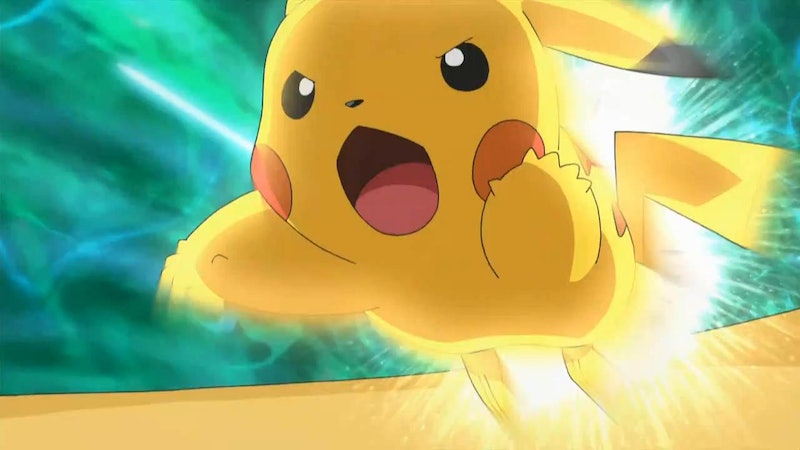 In the aftermath of the "Pokemon Go" craze, a new Pokemon app has hit the scene, offering entirely new features and battle play. Once you learn how to battle on "Pokemon Duel," the strategy game about to take '90s kids by storm, you'll be one step closer on your way to glory (and shoving it in Gary's face). Released by The Pokemon Company for iOS and Android, the game had a wide release on January 24, and is very different from its Poke-predecessor.

First of all, the battles all take place on a board. Each player has a "Duel Set" of Pokemon figures, all of which are equipped with their own abilities for battle and their own ability to move around the board. The goal of the game is to try to get to a specific point on the other side of your opponent's board before they do — but because of the size of the board, encountering the other player's Pokemon and doing battle is an inevitability within the game. While the game's tutorial is pretty thorough in explaining the rules of battle, it's always good to have a bit of a brush-up before delving into the game, amirite?

Once you've gotten some street cred in the game, you'll be able to collect more Pokemon figures and customize your Duel Set — aka, the six Pokemon figures on the side of your board — but these six are the ones you'll start with. The numbers next to them indicate how many space they are allowed to move within the board on their next turn. For example, Eevee can go two spaces on the board, but Charizard can't go anywhere at the beginning of the game.

On your way across the board, you'll encounter your opponent's Pokemon figures, at which point you'll do battle. The winner of the battle will be determined by the spinning of a wheel, which will randomly decide which of your Pokemon's and their Pokemon's attack options will be used. In order to optimize your chances at winning, you'll be able to customize the attacks of your Pokemon figures and the likelihood that they'll be randomly selected after you've advanced in the game — but in this first game, you're operating on sheer luck.

Your ultimate goal is, of course, to get to the other side of the board — but that doesn't mean you can't do some damage along the way. Take your opponent's Pokemon figure temporarily out of game play by surrounding it, which sends it to the Pokemon Center on the side of the board, where it will remain until your opponent has three Pokemon in the Pokemon Center and one of them gets released to resume play.

Get A Leg Up On Your Opponent

On your lower right hand side are cards you can use to make your attacks more powerful.

Revel In Your Victory

SUCK IT, LUCA. You may be "well-dressed," boy, but you're no match for my ... tutorial battle.

In any case, those are the basic rules of play; even if you don't understand them all at first, they're pretty intuitive, as the game lets you know what your possible number of moves are and if you forget about the battling situations, you get your ass handed to you pretty fast. After you finish up the tutorial, you can play the computer avatar or challenge your own friends to battle.

Once you're more advanced, you'll have options to change your Duel Set and customize the abilities of the Pokemon figures within them. And it looks like your options will be vast — the generations of these Pokemon go far beyond the options that "Pokemon Go" has so far. The app is available now for play on iPhone and Android, so you'd better get cracking if you want to secure your place in the Pokemon hall of glory.