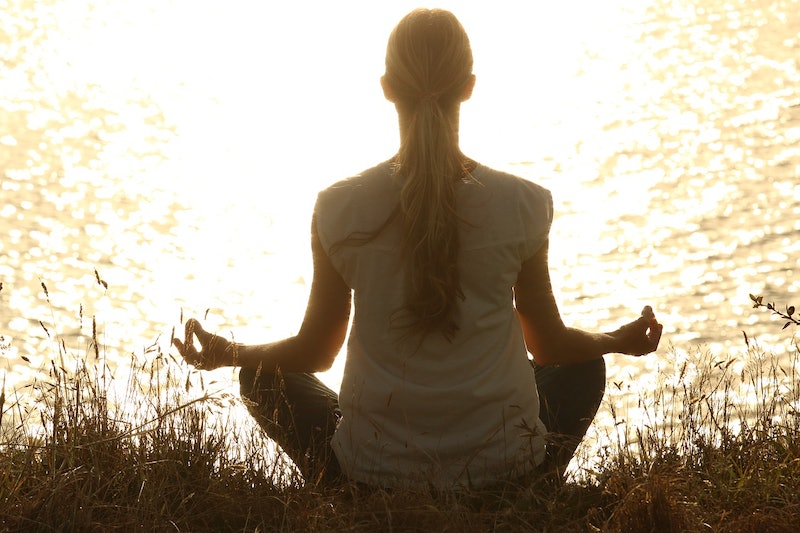 We try to exercise self-control in so many things we do every single day — from the food we eat to how many hours we work to the time we spend buried in our phones. However, new research gives us reason to believe that if you want to learn how to develop more self-control, the key might be to actually stop thinking about wanting more self-control. Desiring more of it could, in fact, totally work against you.

There may seem to be an obvious answer: The better performers naturally had more self-control to begin with. But, in another experiment, researchers were able to manipulate participants' desire for self-control by having them write an argument either in favor of self-control or explaining why it was a bad thing. Once again, people performed worse when they had to explain why self-control was such a good thing.

It would seem, then, that the most direct path to improved self-control is to stop chasing it.

In keeping with this idea that frantically chasing self-control is a no-no, Forbes suggests meditating for self-control, and it makes perfect sense. "Meditation actually trains your brain to become a self-control machine," wrote contributor Travis Bradberry in 2012. "Even simple techniques like mindfulness ... improve your self-awareness and your brain’s ability to resist destructive impulses. Buddhist monks appear calm and in control for a reason."

Here's another interesting thought: One of the reasons some people might be so much better at resisting temptation is because they avoid it in the first place. They don't simply resist it. They steer clear of distractions and anything that could inhibit their goals completely.

Something else you can do to improve your sense of self-control is break it up into smaller steps, viewing it as a muscle that you can strengthen, says psychologist Roy Baumeister on Psychology Today. Don't try to do too much, too soon. Start with something small, to make your bigger goal more reachable. For example, if you wish to practice more self-control when it comes to playing on your phone, first try committing to putting it away by 8:00 every night — as opposed to using it while you're laying in bed.

Self-control seems to be the embodiment of a metaphor most of us are familiar with — one of trying to grasp sand. The harder you try, the more it escapes you. Instead, improve other areas of your life — like meditating, avoiding distractions, and setting smaller goals — and self-control can be yours.