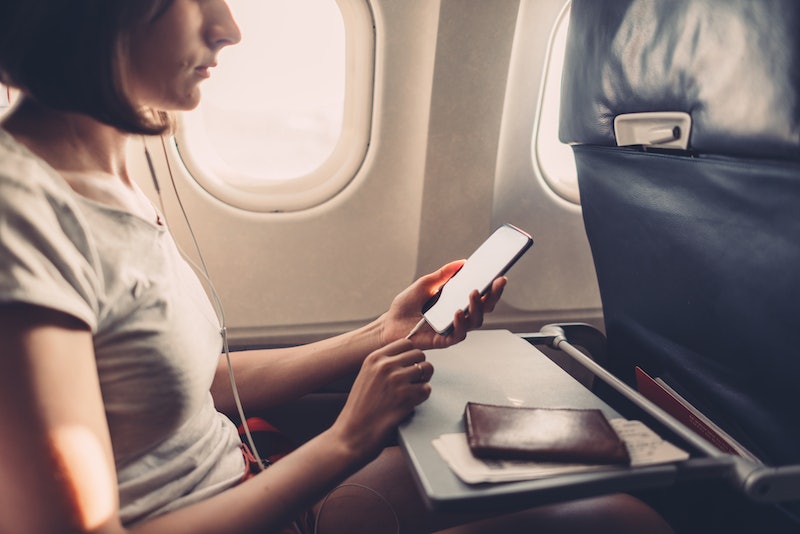 If you've been watching How To Get Away With Murder on Hulu and don't want to have to stop on your subway commute to work, you're in luck. The company just announced an update on Oct. 7 that allows viewers to watch shows and movies offline. Now, you can download Hulu shows to your phone and watch them anywhere. Just remember to keep track of what stop to get off at for work.

The offline-viewing update is one that's been a long-time coming. The streaming service had announced the update was arriving soon back in January 2017, Gizmodo reported. And now that it has, users have the ability to download from thousands of Hulu titles so they can watch them offline later on, according to The Verge.

All you have to do is tap on the brand new Downloads icon that comes with the update. You can find it by selecting the menubar at the bottom of the screen on your Hulu mobile app, and then clicking on "See What's Downloadable." From there, you can scroll through your options, and click on the download icon next to the titles you want. Then, whenever you want to access the shows or movies you've downloaded, they should appear in the same Downloads section. There, you'll be able to click into any of the shows you've downloaded and watch them anywhere, even offline.

With this update, Apple users who own iPhones or iPads now have the ability to download and then watch their favorite Hulu shows and movies offline. The update is supposed to roll out to Android users "soon," the Verge reported Monday. Additionally, the feature is only available to Hulu subscribers who have the "No Ads" plan. This means that only those who are paying $11.99 a month have access to this update, as opposed to those users paying the standard $5.99 a month who do not.

And before you try it out for yourself, there are a few things you should know. Users who have access to the Hulu update can download up to 25 titles. After downloading these titles, you have a limit of 30 days to watch the content before it's removed from your Downloads. And for those titles that you do watch, the app eliminates them from your Downloads after two days. On top of this, though Hulu offers thousands of titles, the streaming service does not allow simply any and every title to be downloadable, according to The Verge. This is why there is a separate tab now for "See What's Downloadable" — so that you can see what's available and what isn't. A lot of the streaming service's popular shows like The Handmaid's Tale are available while some other less popular titles might not be.

Hulu's new update is definitely one that puts it right up there with other streaming services that allow users to download movies and shows on the go. We'll just have to wait and see what the streaming service does next.