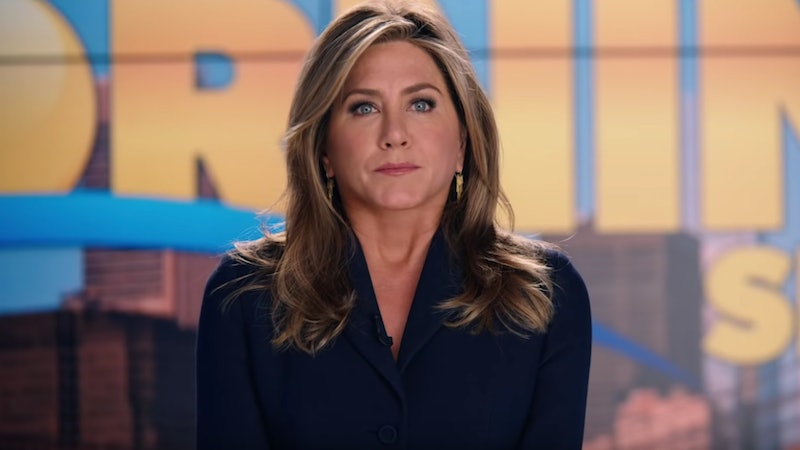 If you thought you watched a lot of television before 2019, that's nothing compared to how you'll feel once all of the new streaming services, and their new shows, become available in the weeks, months, and even years ahead. In fact, as time goes on, it's becoming more and more difficult to keep track of it all, especially since new streaming services are continuing to get announced with each passing week (or at least it sure feels like it).

The latest one to come out of the woodwork is BET Plus, a joint venture between Viacom’s BET Networks and Tyler Perry Studios, as reported by Variety. BET Plus will serve as an ad-free subscription that provides more than 1,000 hours of shows, movies, and stand-up specials. And yes, Perry's name is most certainly included in that lineup. “We are thrilled to offer a streaming experience of content curated for the underserved African American audience with BET [Plus],” BET Networks president Scott Mills said in a statement, as per Variety. “African Americans have a higher SVOD adoption rate than any other consumer base on the market, which is why BET [Plus] is a natural complement of BET’s linear network, which has been and continues to be the leading home of black culture for decades.”

But this isn't the only new streaming service avid TV fans will need to factor into their schedules and bank accounts. So if you're having a difficult time remembering all of the new platform launches coming out and wondering which ones are the best fit for your own personal needs, check out the list below and see why it's about to become more impossible than ever to leave the comfort of your couch.

Officially, the platform has only received a Fall 2019 launch date, though a recent Bloomberg report claimed that the Apple TV+ service will become available in November. The same report also stated that the subscription will potentially cost $9.99 per month after a free trial period, though Apple has yet to confirm that price.

But while the launch date and cost are still up in the air, it's the shows themselves that everyone is talking about. This is particularly true when it comes to original content like The Morning Show, starring Jennifer Aniston, Reese Witherspoon, and Steve Carell, as well as the true crime novel adaptation Are You Sleeping?, which stars Octavia Spencer, Lizzy Caplan, Aaron Paul, and Ron Cephas Jones.

Disney announced back in April that their new streaming platform Disney+ would launch on Nov. 12, 2019 and cost customers $6.99 per month. And this streaming service is very appealing for several different reasons. First and foremost, subscribers will have access to the entire Disney library, which includes all of your favorite animated films from your childhood as well as 100 Disney Channel Original Movies. (Umm, yes please!) Not to mention all of the Star Wars, Pixar, and Marvel films that would be at your disposal as well as brand new original Disney+ content like a live-action Lady & the Tramp, The Mandalorian (a live-action Star Wars series), and countless live-action Marvel series, such as Loki, WandaVision, The Falcon and The Winter Solider, and Hawkeye. To say that you get a long of bang for your buck would be a drastic understatement.

Set to launch in spring 2020, HBO Max is speculated to cost $16 or $17 per month, though AT&T’s WarnerMedia has yet to officially confirm the pricing. Initially, the platform received a great deal of buzz when it was announced that Friends would be moving from Netflix over to HBO Max in 2020. The streaming service will also exclusively stream all of the episodes to Pretty Little Liars and The Fresh Prince of Bel Air. As for original content, there's quite an impressive slate on the docket, including Batwoman and Riverdale spinoff Katy Keene as well as a new Gossip Girl series and a pilot for a Practical Magic prequel.

The platform will become available on Sept. 19 and cost $9.99 per month. According to Variety, BET Plus’ general manager Devin Griffin says the service plans to launch a BET Plus original project “almost every month” in its first year. This will include Tracy Oliver’s First Wives Club and Will Packer’s half-hour comedy Bigger.

The NBCUniversal service was given the name Peacock on Tuesday, Sept. 17, as per Variety, though the price tag remains unknown for the time being. Additionally, the streamer is scheduled to make its debut in April 2020. You may have heard rumblings about it when it was divulged back in June that The Office would be leaving Netflix in 2021 and had found a new home on NBCUniversal's new streaming service. Additional shows that will be found on the platform include 30 Rock, Bates Motel, Will & Grace, Brooklyn Nine-Nine, Battlestar Gallactica, Cheers, Frasier, Friday Night Lights, House, Downton Abbey, Everyone Loves Raymond, Parenthood, and Psych, just to name a few. As for original content, Peacock will serve as home to the revival of Saved by the Bell and the Punky Brewster sequel series starring Soleil Moon Frye. Meanwhile, the highly anticipated new Psych movie, Psych 2: Lassie Come Home, will also make its debut on the streaming service.

If you're a TV lover, it definitely looks like your checking account is about to take a serious hit if you plan to subscribe to all of these services. But who needs life savings when there's good TV to be had, right?