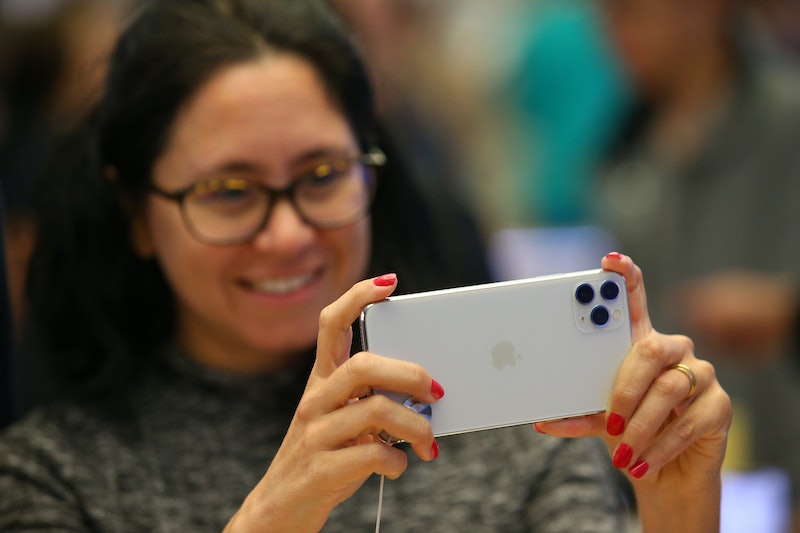 Apple iPhone users, rejoice: You might find yourself deleting third-party video editing apps after the iOS 13 software update dropped on Sept. 19. You're now able to rotate, resize, filter, and edit the appearance of videos without leaving the native Photos app. Wondering how to edit iPhone videos in iOS 13? If you've ever edited a picture with your iPhone, you'll probably get the hang of it in just a few minutes. But even if you've never edited any media on an Apple product, iOS 13 makes the process pretty simple.

If you're really serious about recording videos on your smartphone, the superior cameras on the iPhone 11, iPhone 11 Pro, and iPhone 11 Pro Max might have you clamoring for a phone upgrade. But if you just want the convenience of editing videos without much effort, the new video tools are available to anyone with an iOS 13-compatible device. iOS 13 left the iPhone 6 behind, but is compatible with all later iPhone models. So, find the video you want to edit in the Photos app, then tap Edit in the upper right corner of the screen. The background turns black, and you'll see several controls. Here's how to use all of them:

Let's say you want to mute the sound in a clip because you use an annoying baby voice when talking to your dog. (I'm speaking from experience here.) Tap the upper-left speaker icon, and the sound disappears.

If you have a video that needs to be trimmed, tap the frame-by-frame display of the video, and you can shorten a clip by dragging the yellow window that pops up.

Changing the color and saturation of a video in iOS 13 is pretty much identical to editing a photo. Tap the second icon at the bottom of the screen, and you'll see options to tinker with the brightness, contrast, saturation, temperature, highlights, shadows, and more. You can also select auto-editing to let your iPhone adjust the video for you. In the clip above, I adjusted the saturation and vibrance to make the rug look brighter.

If you're editing in a rush or want to change the appearance of a video without fine-tuning, you can apply a filter. There are nine options to choose from, and you can easily make a clip warmer, cooler, or more vivid without spending much time on it. I added the Noir filter and made this video black and white.

Select the icon on the top left with two triangles, and the perspective of your video will change — basically, it'll look like you held it up to a mirror. You can also slide the bar right under the clip to make the subject seem closer or farther away from you.

The rectangle with rounded corners in the top left of the screen lets you rotate a video, which is a lifesaver if you accidentally film something holding your phone the wrong way.

This feature is a personal favorite, mainly because it's allowing me to delete editing apps that were taking up space on my iPhone. Instead of resizing videos in third-party programs, you can now do it directly in Photos. Tap the crop button near the bottom right of the screen, and you'll see several image ratio options. You can make a vertical video look horizontal — if I wanted to upload this clip to YouTube, for example, I'd be able to without having black bars on the side.

Whether you plan to share a video with the world or keep it to yourself, iOS 13 gives you much more room to get creative. If you want to learn more about the unique tools that come with the iPhone 11 specifically, you can brush up on the new QuickTake video feature or read about how the new iPhone 11 cameras work.