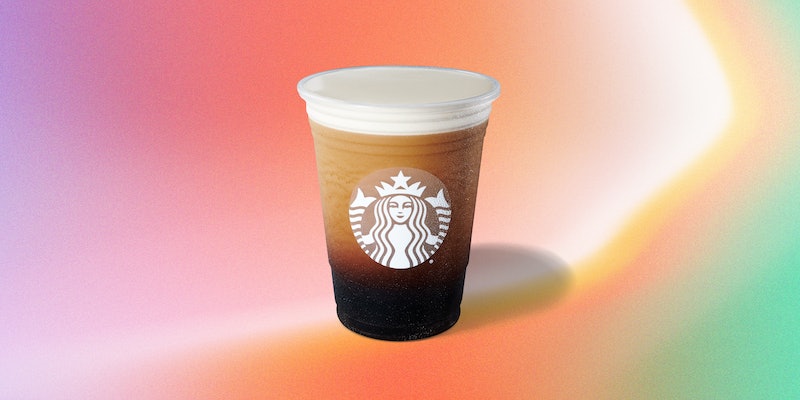 It's hot outside. Like, really hot. Like, I don't even want to walk around the corner for iced coffee hot. But perhaps something free, cold, and delicious will entice you to embark outside and embrace the sweat. You can get free Nitro Cold Brew shots at Starbucks on Friday, Aug. 2, and that's worth venturing away from your air conditioned office.

Coffee is a constant must. The caffeinated beverage is what kickstarts our day ,so why not kickstart your weekend with a shot of Nitro Cold Brew? This isn't really the season for a hot espresso, so acquaint yourself with one of Starbucks' most unique cold coffee drink. To celebrate Nitro Cold Brew reaching 80% availability across U.S. company-owned stores, Starbucks is giving away shots of Nitro Cold Brew for free! See you later, ice cream truck. This is my preferred way to cool down during a heat wave.

This celebration extends nationwide, but it'll only be happening at participating Starbucks stores while supplies last, so you'll want to down the office coffee left in your mug and zoom over to your nearest Starbucks. Use Starbucks' convenient store locator to locate the nearest store (and maybe call ahead to make sure they're part of the promotion, if you've really got your heart set on it).

In case you're curious about what Nitro Cold Brew is, it's sort of a sci-fi-y way to say iced coffee. According to Starbucks' website, "Starbucks Cold Brew is known for its smooth texture and naturally sweet flavor, slow-steeped to be served cold without a trace of bitterness. Add nitrogen and it gets even better, producing a cold, creamy iced coffee." Except you won't find any ice in your cup, melting and watering down your beverage. Plus, it comes straight from a tap. Which is kind of cool.

This ~cool~ way to drink coffee was introduced to the Starbucks fanbase in 2016, and now taps have been installed in 80% of stores nationwide. If your store doesn't have taps yet, keep an eye out for them. It's expected that Nitro Cold Brew will be available at 100% of U.S. stores by the end of 2019. While the velvety, delicious Nitro Cold Brew is a summer favorite, it has its place in the winter too. Picture yourself bundled in your warmest wool sweater and sipping on a Nitro Cold Brew with whipped cream.

There are many ways you can Nitro Cold Brew. Starbucks baristas shared their Nitro Cold Brew hacks for a next level drink. Try it poured over Vanilla Sweet Cream Cold Foam, with a pump or two of your favorite syrups, or add a swirl of sweetened foam to the top. Or, just enjoy it as is. Which is exactly how you can take it on Friday, Aug. 2, for free at participating locations.

Of all the ways to cool down this summer, it's a free Nitro Cold Brew shot that's my personal favorite — make sure to set a calendar reminder so you don't miss out on the fun!