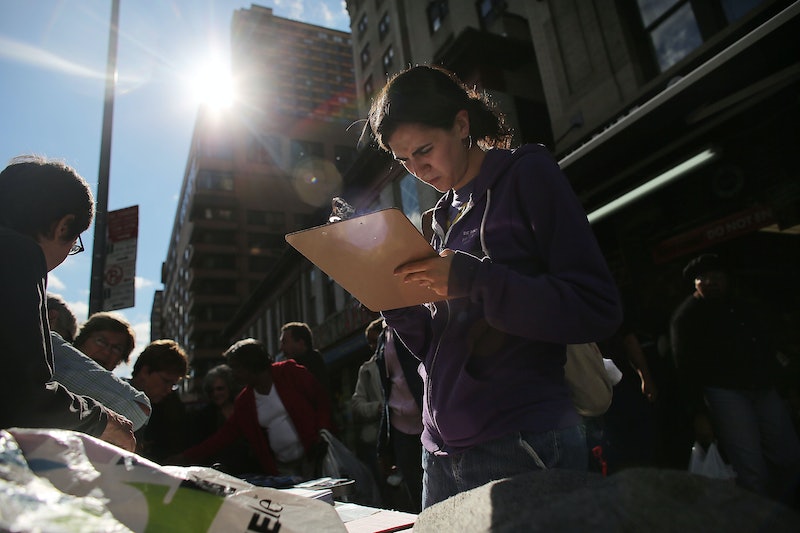 While the 2020 election is still over a year and a half away, campaign season is already in full swing. In fact, a host of candidates have declared their intention to run for president and various other offices. If you're looking for ways to get involved in the 2020 election as momentum builds toward the next big American voting day, this list offers a variety of ways for you to contribute your time.

On the Republican side, President Trump is running for office again — and he's already started fundraising and campaigning, the Center for Public Integrity reported. Vox noted that, thus far, only former Massachusetts Governor Bill Weld has indicated that he intends to challenge Trump in the Republican primary. However, as the site reported, other Republicans could still announce that they plan to participate in the primary in the coming months.

Of course, the 2020 race isn't just limited to the presidential contest. All U.S. representatives are up for reelection in 2020, as are one-third of U.S. senators. Moreover, there are countless state and local races around the country that will also take place in November of next year. As a result, there are tons of ways that you can get involved in the next big Election Day.