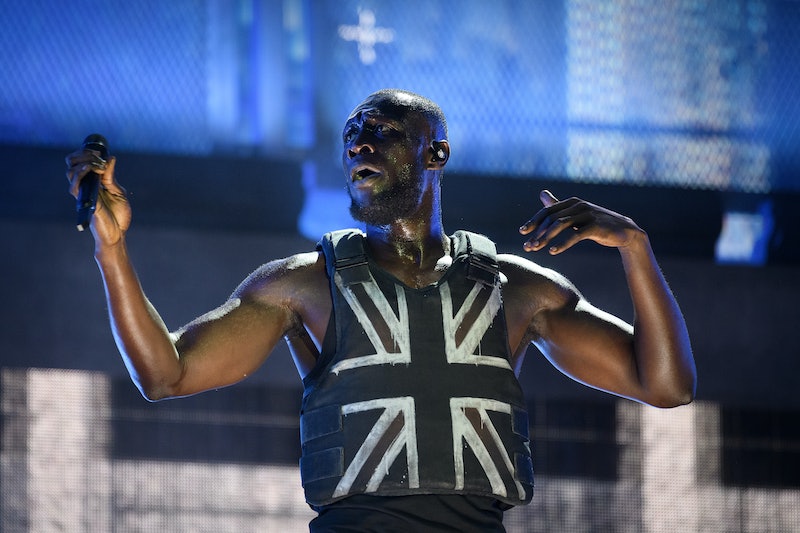 Stormzy's one of the top artists in the game, both in the UK and internationally. The rapper's appeal has spread far and wide, headlining festivals, bringing the house down at award ceremonies, and selling more records than you could ever dream of. With this talent, appeal, and then some, for many getting to see the star live is a bit of a dream. So the question is, will Stormzy tour the UK in 2020?

I reached out to a representative of the artist for comment on this and will let you know of any updates. However, according to his website nothing has been announced for 2020 yet. But, all's not lost for fans of the mega star because he will be performing at the Kiss Haunted House 2019 event on Oct 25 alongside artists including Sean Paul, Aitch, and Anne Marie. And guys, tickets are still available.

The event is Halloween-themed, as you may have guessed, and will incorporate the spookier things in life alongside some world class entertainment. What more could you want from an evening out? Definitely slays any other kind of a Halloween party.

The artist has gone from strength to actual strength with this past year being the best so far. Not only did he release hit after hit record but his headlining performance at Glastonbury was one of the most talked about events of 2019. Stormzy spoke to GQ magazine about the show explaining that ahead of it, he had a lot of expectations. Ones he was concerned wouldn't be met. He explained:

"A lot of times when you make music, you proper dream of something and when it comes it's not everything you hoped for it to be. But with Glastonbury, the feeling I had afterwards was like a perfect dream, you know what I mean?"

The star hasn't been one to shy away from expressing his opinions, especially when it comes to the current political climate. I mean look, the man isn't the first person to say "eff Boris" — but he is the first to say it on a number one record. That record was Vossi Bop and the south London rapper told GQ how he felt enormous pride to sing it on stage at the world famous festival. Not only because it's a banger of a tune but you guys, hew felt the energy of hundreds of thousands of people being on his side. Not only in the audience but from the community that bore him.

"I was stood arm-in-arm with so many people up there. I've always had a sense of duty in my career. As much as I might be the artist up there, I've risen from a community. I've been championed by the public and by my people. Every time I’m on the stage like that it's because of so many different people."

His second album's title and release is TBA but in terms of history repeating itself — you can be sure it will be just as excellent as his first.