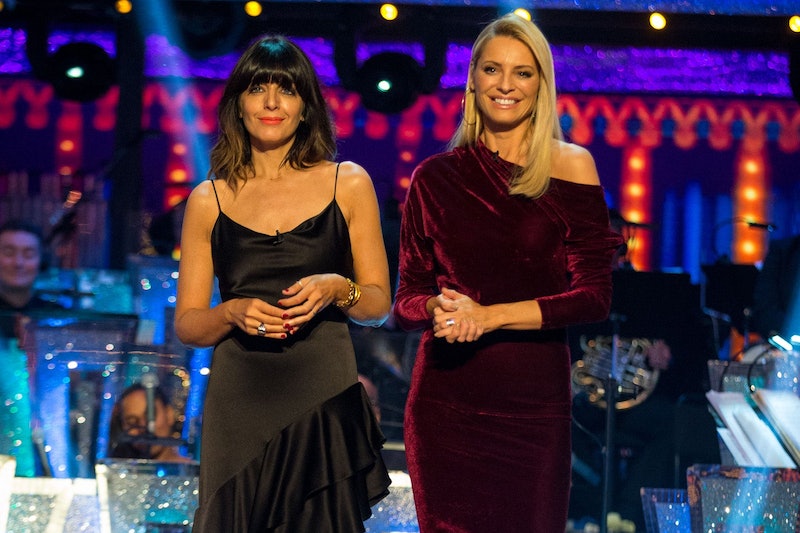 Fans of the finest quality TV entertainment know that there is nothing quite as fab as a load of celebs leaping about a stage. Even better when they are festooned in garb more sparkly than the Blackpool Illuminations and Elton John's wardrobe combined. Yes, you guessed it. I'm talking about the BBC's flagship all-dancing, all-celeb, all-OMG-did-they-mean-to-do-the-splits-there? show Strictly Come Dancing. The show is such a hit that you just know you want the live experience. So how do you get tickets for Strictly 2019?

Lights! Cameras! Unbreathable fabrics! Seeing all of these things up front and personal is a bit of a dream for a lot of fans. And guys, dare to dream because it is seriously luck of the draw on this one.

The tickets for the live shows have not yet been released, which is good news because you're still in with a chance. The best thing you can do is sign up to the BBC live audience mailing list. From there you will be kept up to date with potential tickets for the dancing show as well as all sorts of other shows produced by the broadcaster.

And guys, when I say it's the luck of the draw, I'm being serious. Because you will not believe how many people apply to get on this show every year. For example, back in 2016, Metro reported that an absolutely bonkers 5.2 million people applied to be in the audience. Which is just shy of Scotland's entire population.

So what's the fuss about? Like OK I totally get it — dancing, music, and celebrities potentially making you cry with their suave moves. And guys the celebs this year are not about to disappoint. With nearly all of the contestants announced at this point, it's seriously shaping up to be a stellar line up.

This season they are really pulling out all the stops, with the likes of Made In Chelsea's Jaimie Laing, Youtuber Saffron Barrow, comedian Chris Ramsey, and the legend that is Michelle Visage.

Visage is sure to bring an extra hint of glitz and glamour to the show as she will no doubt be bringing all of her drag acumen from being a judge on the hit show Rupaul's Drag Race. A show which is set to have its very own UK version soon. The star has often spoken openly about her love of all things British and previously appeared on UK show Celebrity Big Brother. She announced that she would be starring on the show during an appearance on Lorraine. Sharing that she felt privileged to be representing women in her age bracket:

"I'm very excited, I'm actually over the moon. This is one show I've loved for years. I'm a woman thats 50-years-old and I want to be out there representing women of a certain age. There are plenty of women like me out there who still 'got it' and we still 'plan to use it!' so slap on the sequins, point me to the dance floor and watch me Paso my Doble!"

I for one can't wait to see her and her costars bust some serious moves in season 17 (!) of Strictly Come Dancing.