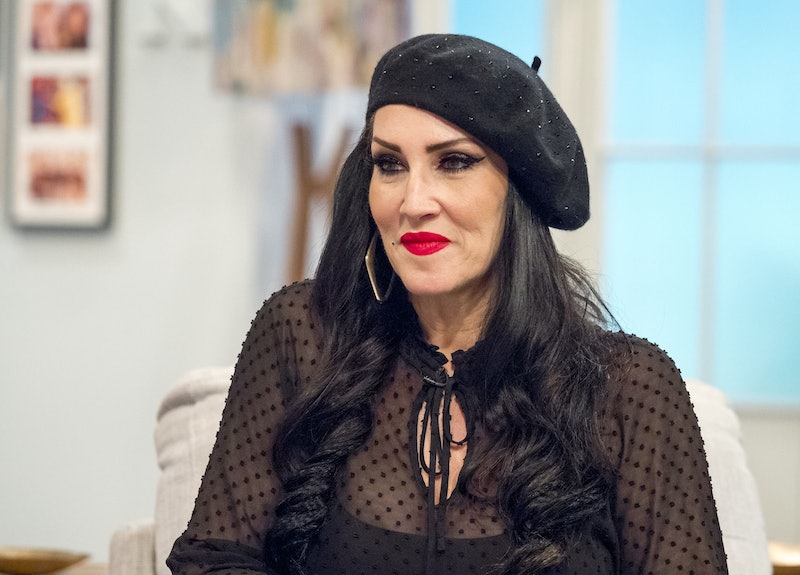 Another day, another Strictly Come Dancing announcement. But the name revealed on Monday was perhaps the most anticipated of them all, because RuPaul's Drag Race star Michelle Visage is joining the 2019 Strictly line-up. "Getting to do Strictly in my favourite place on Earth is an actual dream!" she told the BBC. "I'm so excited to show that being 50 doesn't mean life stops. Things may not work like they did when I was 20, but 50 also means 'fabulous!'"

She aims to represent women of her age group, adding to the BBC: "There are plenty of women like me out there who still 'got it' and we still 'plan to use it!' so slap on the sequins, point me to the dance floor, and watch me Paso my Doble!”

Visage — whose birth name is Michelle Lynn Shupack — has been entertaining Drag Race fans for years with her signature cackle and witty lines. Born in New Jersey, she moved to New York to try acting, reports Metro, but got into voguing instead, becoming a devoted member of the ball scene. There, she met RuPaul. “I did not fit in at all, which is why I ended up in the gay community,” she told iNews.

Before appearing on TV, Visage turned to music. She was a member of '90s R&B band Seduction and featured on a number of RuPaul's albums too. The pair worked together on TV in the '90s, reports Metro. Finally, in the third season of Drag Race, Visage arrived as a judge and hasn't looked back since.

As well as appearing on the main show, Visage also judges the All Stars spin-off and will be featuring on the UK version of Drag Race this October. She has even appeared on Celebrity Big Brother and judged Ireland's Got Talent, but told iNews that she loves the UK in particular: "There’s a sense of peace and serenity that I get here that I don’t get in the United States. In other countries, I feel like a fish out of water and I don’t in the UK.”

Strictly and Drag Race aren't her only upcoming UK projects. The 50-year-old is also starring in West End musical Everybody's Talking About Jamie. When asked who she would most like to partner up with on Strictly by The Sun, Visage replied: "I am Italian so I would love Giovanni, and they need to have guns to lift all this!"

It's not clear how many more names are set to be announced, but expect a few more at the very least. One thing is, however, set in stone: With Visage included, both professionals and the viewers had better prepare for some mega dramatics.

Strictly Come Dancing returns to BBC One in September.

More like this
Turns Out George Clooney Is A Huge Fan Of This Classic British Game Show
By El Hunt
Spencer Matthews’ Impressive Net Worth Expands Far Beyond Chelsea
By Sam Ramsden
Molly-Mae & Tommy Fury Revealed Their Baby Girl's "Really Unusual" Name
By Sophie McEvoy and Sam Ramsden
Joey Essex Is Rumoured To Be Dating A 'Love Island' Favourite
By Sam Ramsden
Get The Very Best Of Bustle/UK
Sign up for Bustle UK's twice-weekly newsletter, featuring the latest must-watch TV, moving personal stories, and expert advice on the hottest viral buys.