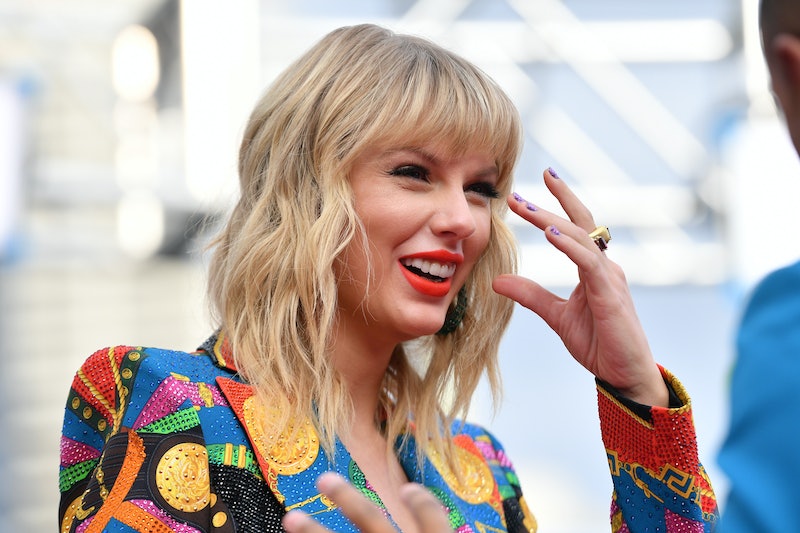 Taylor Swift is undeniably one of the most recognisable female artists of this generation. All anthems and angst and hooks that get you — hook line and sinker. With a loyal fanbase called Swifties who know if she so much as sneezes, it's safe to say that the woman is an icon. And an icon who's not afraid of hard work. As evidenced by her recent album Lover which fans are, well, loving. And what goes well with an album? A tour of course. So listen up Swifties here's how to get tickets for Taylor Swift's Lover Tour in the UK.

OK, so hold your horses because guys, despite the tour related announcement — she hasn't shared any UK dates. WTF, I thought we were friends babe? I will however add a disclaimer that when she announced the tour dates, Swift added that there will in fact be more dates added. And come on there's no way she's going to miss out on a jaunt to the UK. Not only does bae live here but also like, she effing loves it here. She even wrote London Boy about a seemingly impossible love affair. Well, logistically anyway. Although I guess paying for a gazillion Ubers is possible for Swift. Maybe even a cheeky Addison Lee.

But what if your need to see Swift gliding across the stage and punching the air is too much? Maybe the idea of potentially missing out hits you like a punch in the belly. So hey, why not make a little holiday out of it? Apart from the U.S. dates, Swift will also be tearing up stages across Europe. With cities including Berlin, Oslo, Lisbon, Roskilde, and Gdynia. With tickets already available for the last two.

Swift has proven herself to be even more than the talented performer and songstress we all know and love. You guys, she has even dipped her toe into the fashion world. Alongside her pal Stella McCartney, she designed a whole collection which Fashionista reports included: "A bomber jacket ($1,995), made from sustainable viscose, with an airbrushed heart at the front and glass rhinestone detailing, and a logo handbag ($795)."

The limited edition range was a rip roaring success and obviously sold out which is pretty lit. Speaking about the collaboration at the time, Swift shared how much of a hoot it was to work with her pal. "It's been SO much fun to work/dream up cute stuff with my friend @stellamccartney to create a line inspired by my new album Lover."

For those a little more on the lean side financially, the official merch for the album and tour is so effing cute I can't even. The range includes a plethora of items with a good range price-wise. Including key rings, face gems, sunglasses, phone cases, and tie dye tops to tie die for.