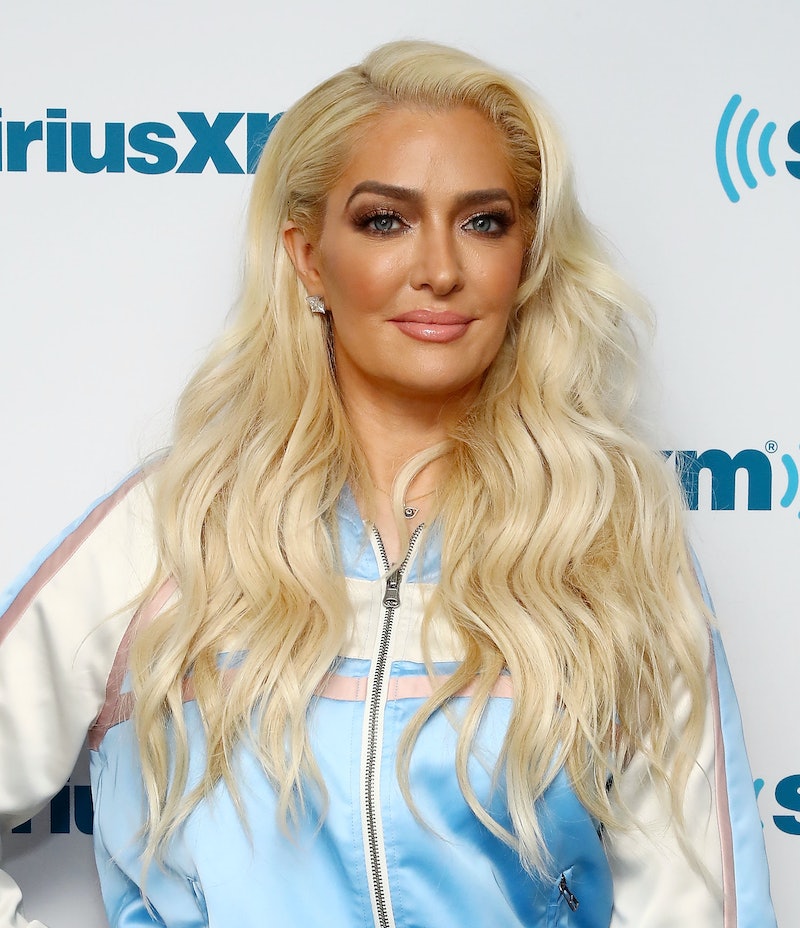 There's no denying that Erika Girardi is one of most popular women in the Real Housewives universe. Best-loved as her alter-ego Erika Jayne, Girardi's pop-star persona consistently allures fans with her glamorous costumes and impressive dance moves. With a New York Times bestseller and a recent TED Talk now added to her impressive résumé, Erika Jayne's upcoming Pretty Mess tour is just the latest must-see event to come from the reality star — which means tickets are going to go fast.

In her first headlining U.S. tour, EJ will kick things off on Sept. 28 at the White Eagle Hall in Jersey City. During the tour's second stop on Oct. 5, she will perform at the Granada Theater in Dallas. Two days later, the Dancing With the Stars alum will take the stage on Oct. 7 at City Nights in San Francisco, and will then head to Los Angeles to play the Globe Theater on Oct. 14. She'll also be making stops in Chicago, Miami, Orlando, Atlanta, Nashville, Charlotte, Washington D.C., Boston, and ending the tour in Westbury, New York at the end of December. Tickets for the shows will start out at $40 for general admission, and go up to $250 for the “Diamond VIP Experience” which entitles fans to; early entrance into the venue, access to pre-show VIP soundcheck, a meet-and-greet with the reality star, complete with photos and autographs and a limited edition tour poster, according to PrettyMessTour.com

Upon the tour's announcement, the "Xxpen$ive" singer told E! News,

"I'm so excited to get back on the stage this fall for the Pretty Mess tour! The best part of it all is finally getting to meet so many fans across the county. Get ready, my Pretties!”

It goes without saying that Erika is having on hell of a year. On top of the recently announced tour, the entertainer also made the New York Times Bestseller list with the release of her memoir, Pretty Mess. In April, she released a new song titled, “Cars.” And earlier this month, it was revealed that she would be collaborating with ShoeDazzle to design her very own line of footwear.

In addition to those accomplishments, Erika is also gearing up to make her return to Real Housewives of Beverly Hills for Season 9, which she promised is going to have fair share of drama – per usual. While rehearsing in Jersey City for her U.S. tour, the 47-year-old pop star revealed to Entertainment Tonight that season's juiciest drama will revolve around none other than Dorit Kemsley. "Does anything not have to do with Dorit? I love Dorit, but damn!," Erika explained. Melodramatics aside, EJ's interview with ET also indicated that things may be better than ever between Erika and her fellow cast members when the show returns later this year.

But don't expect to see the "ice queen's" chilly exterior thaw out anytime soon. "I'm an iceberg," Jayne told ET. She added, “Remember, the iceberg sunk the Titanic. Remember that.”

Erika Jayne certainly has a lot on her plate these days, but as one of the biggest divas on reality TV, there's no doubt that she'll be able to handle it all with ease.

Editor's Note: This article has been updated to reflect new tour dates.