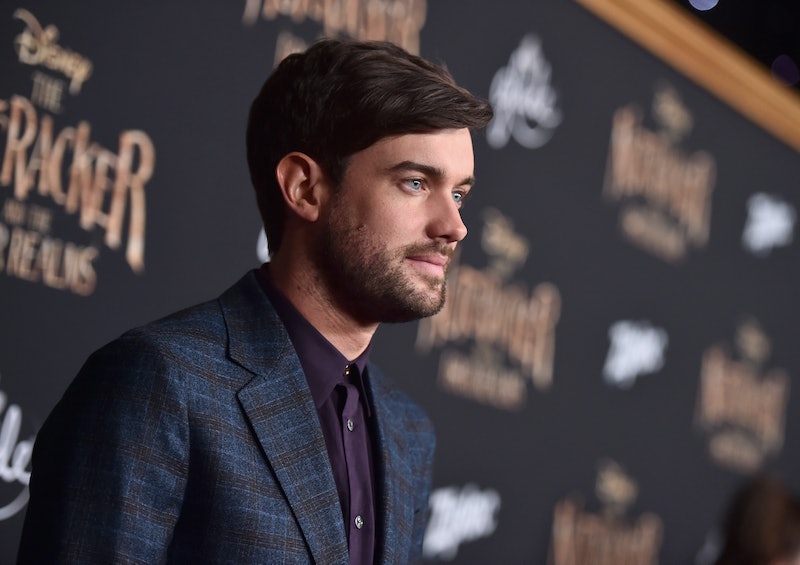 While hosting the BRITs for the second year in a row is probably a pretty big deal for Jack Whitehall, he can totally get away with using this opportunity as a warm-up for his upcoming stand-up tour. Announced yesterday (Feb. 19), tickets for Jack Whitehall's 2019 stand-up tour are set to go on sale via Ticketmaster and Whitehall's official website on Friday (Feb. 22) at 10 a.m. While the tour won't actually start until the end of the year, at least the BRITs will give fans a taster of what material may be included in the tour — especially since three of the dates are going to be taking place in the same venue.

Scheduled to perform 26 dates, Whitehall will begin his tour on 16 November at Arena Birmingham where he will make his way through the likes of Glasgow, Aberdeen, Nottingham, Cardiff, Sheffield, Leeds, Newcastle, Brighton, Bournemouth, Liverpool, Dublin, and Belfast before concluding the tour at Manchester Arena on December 22.

After a pretty busy year filming for the likes of The Nutcracker and the Four Realms with Keira Knightley and Helen Mirren, Jungle Cruise with Emily Blunt and Dwayne Johnson, and Good Omens alongside David Tennant and Michael Sheen, 2019 will finally see Whitehall back doing stand-up and making the entire country crack up at his undeniable wit and charm. "I couldn't be more thrilled to be going back out on the road," he recently told Ticketmaster in regards to this tour. "There's no feeling like standing up on stage in front of an arena full of strangers, and still being able to hear your dad heckle you."

I can't be the only one that hopes Whitehall's dad will be at the BRITs in some capacity, if not just heckling his son from the audience. I mean, he's already promised that his upcoming tour will include some "extremely indiscreet story's" about his dad, so there's bound to be a light peppering of mentions of his dad during tonight's BRITs — enough for at least one camera pan to Father Whitehall, I hope.

Two hours certainly isn't enough for a night of comedy from Whitehall though, but once the BRITs has ended there's certainly no shortage of Whitehall material to lighten up your life. His 2017 arena tour Jack Whitehall: At Large is available to stream on Netflix, along with his previous tours and his series Jack Whitehall: Travels With My Father which follows the escapades of, y'know, Jack and his father around the world. It says it all in the title, really.

Then of course there's Bad Education and Fresh Meat to marathon on the platform too, so you're pretty much all set for the wait until his winter tour.

And if Whitehall's past tours are anything to go by, it's certainly not going to be one to miss — especially at the arena dates. "I'm a big believer that if you're going a show in an arena, in having some bells and whistles on it and making it a really exciting night out," he explained during an interview with Radio 1.

"I throw everything at it and try to make it like it's been worthy coming all the way out to one of those massive cavernous arenas."