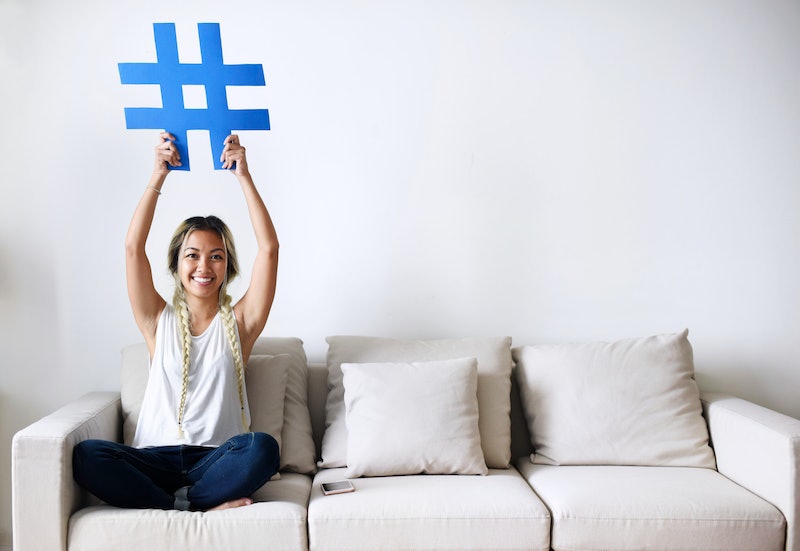 Hashtags are a portal into the communities that live on Instagram and an effective way for people to find your content and begin following you. And so in order to have users find your account, you tag enough hashtags to fill the word count for a short story. But as powerful as this tool is for engagement, it can clutter your captions. Knowing how to hide hashtags on Instagram will help tidy up your Instagram feed while also maintaining a connection between your profile and the community you're tagging.

When it comes to utilizing the hashtag, you can use general keywords and brand generated hashtags to engage. For foodies posting brownie shot after brownie shot, you can hashtag #baking, which includes upwards of 20 million posts, as well as something that's brand related like #thebakefeed, Bake From Scratch Magazine's hashtag. Both hashtags allow for foodie oriented accounts to find and connect with each other. It's, when you really step back to think about it, a beautiful tool for discovery and connection.

According to Riotly Social Media, Instagram allows up to 30 hashtags per post. That's a lot of chances for connection. But it's also a lot of blue text in your post that can be distracting from the actual content you've created. To keep the focus on the post and keep the hashtags a mere map to your work, there are two effective ways to hide them.

The first, simple way to hide your hashtags is to create line breaks underneath your caption. You will, however, need a text editor on your phone to create your caption with line breaks. Per Jumper Media, open your text editor, such as Notes, and "type a dot • then press “Return”. Repeat 5 times." After the fifth dot, write your list of hashtags. Copy the text and open Instagram. In the caption prompt of a photo paste the text after your caption. The hashtags won't magically disappear but they won't be visible unless a follower selects "See More" in your caption.

For the neat freak who prefers to keep caption and hashtag separate, you can elect to hashtag in your own comment section. After posting a picture, complete with a caption, be the first to take to the comments. According to Riotly Social Media this is also a smooth way around the 30 hashtag limit, which is only set on hashtags used in the caption. Whether you want to go the extra mile for 30 more hashtags, or just let your list of hashtags live alone in the comments, this is another easy yet effective way to hide hashtags.

Hashtags have become a common language across social platforms. They help connect us to other like minded people. But when the little symbol becomes too much and too distracting, keep your post tidy by hiding your hashtags. By using two simple strategies, your social posts will be less cluttered but still draw attention from those using hashtags to discover new content.

Whether you decide to hide your hashtags in the comments or bury them under a line of punctuation, your Instagram posts will be looking nice and polished.