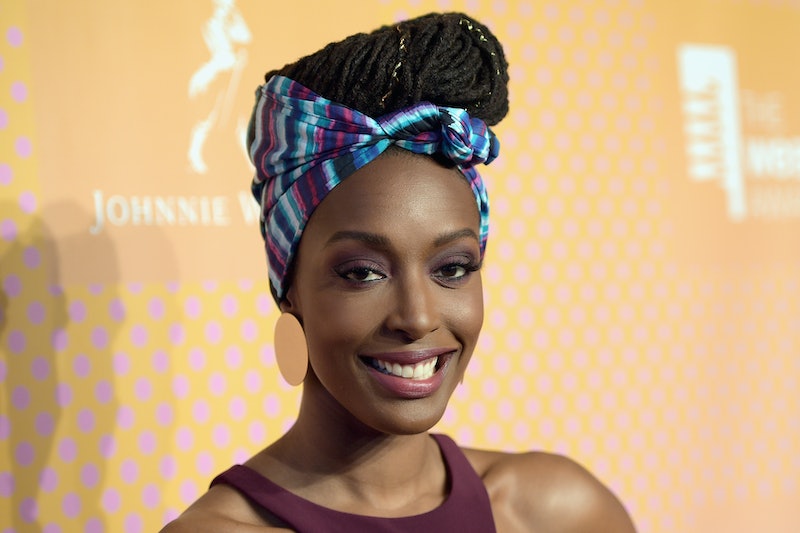 Franchesca Ramsey has been making her career on the Internet for a decade, ever since she uploaded her first natural hair tutorial on YouTube in 2007. Since then, she's become an entertainment activist; written, produced, and starred in the MTV web series Decoded, currently in its third year; written for and appeared on Comedy Central's The Nightly Show; and crafted a reputation of being a fearless user of social media. Now on the verge of premiering her own show, Franchesca at the Sundance Film Festival, Ramsey has learned a thing or two about speaking out on social media — most importantly, when to sit back and shut up on Twitter.

"I love Twitter, I love social media, it's been a huge part of my career," Ramsey says, speaking over the phone. "But there's a lot of time and emotional labor that goes into sitting on Twitter and explaining to people why this thing is harmful or why they should approach something in a different way."

Though never one to shy from a fight, especially when it comes to politics or pop culture, Ramsey says that one of the key things she's learned over the years is that engaging and speaking out yourself isn't always the best path for change. In fact, sometimes it's better to let other people do the talking. Before adding her voice to the fray, Ramsey now likes to ask her self if it's the most productive thing she can do.

"Am I adding a new voice to this conversation that hasn't been heard yet? Is there someone else that is saying the same thing but in a more concise way than I can say it?" she asks rhetorically. "How can I actually uplift that person's voice rather than taking up space for myself and centering myself in this conversation?"

Ramsey has been honing her sense on when to jump into a conversation for years. In fact, it's why she started her YouTube channel — chescaleigh — in the first place. "At that time, the natural hair space was not what it is now," she explains. The writer and activist was having trouble styling her dreadlocks at the time, but looking online for help was fruitless. "I was a member of an online community for dreadlocks, and I was one of only like three black people in the whole community. And I was really struggling to get advice for how to style my hair."

So, Ramsey decided that if she couldn't find advice, she might as well give some. "I thought, well, if I am in this position, maybe there’s someone else that is also trying to figure out how to do their hair and don’t know how." Her first video, simply titled "hair how to," was published on June 10, 2007, and currently has 27,978 views. Ramsey stayed in the beauty section of YouTube for a while, recording fun, short, hair tutorials for her loyal fans, before eventually breaking off into comedic videos and inching her way towards social activism.

Now Ramsey is returning to beauty in her new web show, Franchesca, for Topic. And, once again, she's looking to fill a void in how beauty regiments and routines are being portrayed and sold to the masses. "Because beauty is so often linked with women, it’s seen as frivolous or not as important, and I just don’t think that’s the case," she says. The show follows Ramsey and special guests trying out and discussing various beauty routines, be they old or new. Ramsey herself describes it as "a comedic and honest exploration of culture and beauty.” The first episode, for example, features the star and executive producer getting her nails done, one of her very favorite beauty rituals.

If you think Franchesca will just be a series of beauty sponsored posts, rest assured Ramsey's show is nothing if not sincere. "For me, it’s all about honesty. I really don’t have any interest in creating a series that’s just a bunch of advertisements," she says. So, no, she won't be pushing expensive beauty products or treatments on her show, at least not unless she actually believes it.

In her new show, just as on her social media pages, there's one thing fans can count on in Ramsey's work — honesty.