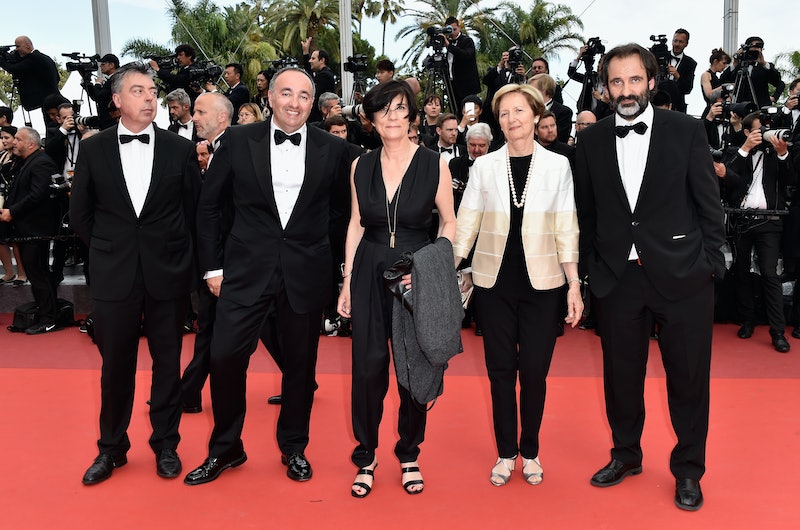 Kicking off on May 17, the 70th Annual Cannes Film Festival is finally upon us. Like Sundance, Cannes premieres some of the most critically acclaimed films movie buffs know and love each year. The event is such leader in the film arena, yet many still don't know how to pronounce "Cannes" properly. I can't totally attribute the flub to folks having a lack of respect for the arts, however. This film festival has an easily mistaken name, especially when taking the English language into consideration.

Botching up the enunciation isn't just reserved for those of us on the outskirts of the business. In fact, many celebrities have been known to mess up the Cannes pronunciation as well. And thanks to the internet, there's proof of them missing the mark, and it will live on forever. But, save those evil scientist laughs for some other embarrassing celeb moment. Because against popular belief, the French Riviera city is not exactly pronounced phonetically. But in the same breath, it's really not as complicated as it may seem either.

Starting with the most obvious note, the "s" on the end of "Cannes" is silent. And secondly, instead of the "C," pronounce "Cannes" as if there were a "K" in front. Fancy, right?

If we spelled "Cannes" the way it's pronounced, the film fest title would look like "Kan." Those southerners, or Americans with a mid-western twang, may still find it tough to role "Cannes" off their tongues, but a little bit of practice should help to tighten this right on up.

So, the next time you want to flex your range of knowledge of all things film and international entertainment, just rip off the non-phonetic, yet correct, pronunciation of this very fancy French town, and you'll be sure to impress. Even better — if you're actually in town for the star-studded event, referencing this post could save you from a totally mortifying experience in front of your peers.

Just take my word for it. There's a good chance that everyone around you is mispronouncing "Cannes" too, so this is a time where following the crowd may not work in your favor.