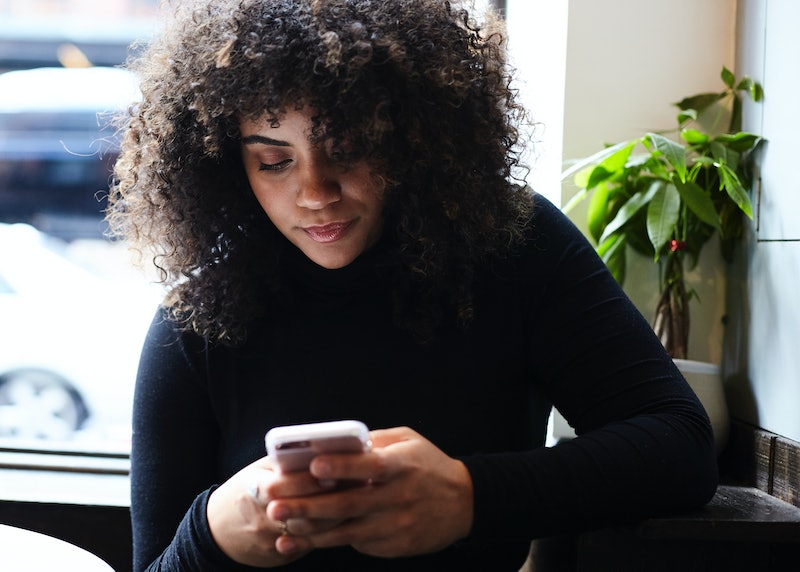 When iOS 13 arrives for Apple’s iPhone this fall, the device will see a dramatic rise in functionality — including a feature that will prevent spam and robocalls from being an issue ever again. Appropriately called “Silence Unknown Callers,” the feature will prevent calls from numbers your phone doesn’t recognize from bugging you, instead sending the callers directly to your voice. What’s more, learning how to silence calls from unknown numbers on iOS 13 is going to be incredibly easy once the new operating system drops: You’ll be able to do it at the flick of a switch.

Previewed in June at the 2019 WWDC conference, iOS 13 will bring a slew of new features to the iPhone, many of which users have been clamoring for for quite some time. Dark Mode, a period tracking function in the Health app, and file sharing capabilities through iCloud Drive are all among the bells and whistles coming to Apple’s flagship mobile device — but although the ability to silence calls from numbers you don’t know may not be the flashiest of features, it’s undoubtedly one of the most notable. According to the FTC via USA Today, “tens of billions of robocalls” pester consumers each year — and once a robocaller gets a hold of your number, they can be relentless in their quest to get you to pick up the phone when they ring.

Apple hasn’t given out a lot of details about exactly how the “Silence Unknown Callers” feature will work; we do know, though, that it “uses Siri intelligence” to distinguish between calls from numbers stored in your Contacts, Mail, and Messages and calls from numbers that aren’t otherwise present on your phone. Siri then allows calls from known numbers to ring through, while calls from unknown numbers are automatically routed to voicemail.

It isn’t available in iOS quite yet; iOS 13 will drop in the fall, although an exact release date hasn’t been announced yet. However, the beta build of the new operating system is currently available for folks who are part of the Apple Beta Software Program — and said beta build does contain the new feature, according to CNET.

An early look at the “Silence Unknown Callers” feature via the beta build reveals that silencing calls from unknown numbers is actually going to be quite simple. To use it, first, go into the “Settings” menu; then scroll down to “Phone” and tap it. According screenshots from CNET, the “Phone” section of the menu will look a little different in iOS 13 than it currently does; whereas now, all you see is your own number, a section marked “Calls,” and a button you can tape to change your voicemail password, iOS 13 will include an additional section below “Calls” called “Call Silencing and Blocked Contacts.” “Call Blocking & Identification,” which is located in the “Calls” section in iOS12, will be moved to the “Call Silencing and Blocked Contacts” section in iOS 13; additionally, a new option allowing you to go directly to your list of “Blocked Contacts” will appear, as well.

But above both “Call Blocking & Identification” and “Blocked Contacts” will be a third option in the “Call Silencing and Blocked Contacts” section of the “Phone” menu — the one that allows you to “Silence Unknown Callers.” Next to it will be a simply toggle switch. When it’s green, the feature is on; when it’s not, the feature is off. Tap the switch to turn the “Silence Unknown Callers” feature on, and you’re good to go: Any calls you receive that aren’t from numbers currently stored in your phone will go immediately to your voicemail.

There are downsides to silencing unknown callers, of course; if you need numbers that might not be stored in your phone to be able to reach you for any reason, then obviously it won’t do you any good to keep the featured turned on. What’s more, you’ll have to remember to check your voicemail periodically to make sure a call you actually needed to receive didn’t get routed to your voicemail without you knowing.

It’s also not immediately clear whether the feature will work with spoofed numbers — a phone number that’s been faked to look like different number on your caller ID (say, a number local to your area). Spoofing is technically illegal, but that hasn’t stopped it from becoming a big problem, especially when used in phone-based scams. One comment on the MacRumors forum from a user of the beta build suggests that Silence Unknown Callers might actually work on spoofed numbers (and, indeed, might succeed where straight-up blocking numbers fails); similarly, BGR’s piece on the feature notes that it might work as “a defense against not only those robocalls that show up as originating from an ‘unknown’ number but also those that have been spoofed to make it seem like they’re a local, legitimate number — the latter being a type of call that users frequently get tricked into answering.”

But for many people, the ability to silence calls from numbers not stored in your phone will no doubt be a boon. If you’re feeling adventurous, you can go ahead and install the beta build of iOS 13 now and give “Silence Unknown Callers” a whirl early; to do so, you’ll need to join the Apple Beta Software Program, enroll the device you want to use to test the beta build, and download the correct profile. Head here for step-by-step instructions. (Don’t forget to back up your phone first.) iOS 13’s full release, meanwhile, is scheduled to drop sometime in the fall of 2019.

More like this
20 Smart Devices Under $35 That’ll Change The Entire Vibe Of Your Home
By Emma Carey
Here's How To Get Your iPhone To Update Automatically Forever
By Emma Carey
Why Everyone Is "Soft Tagging" Friends On Instagram Right Now
By Alexis Morillo
30 Clever Ways To Slide Into Your Crush's DMs
By Griffin Wynne, Carolyn Steber and Lexi Inks
Get Even More From Bustle — Sign Up For The Newsletter