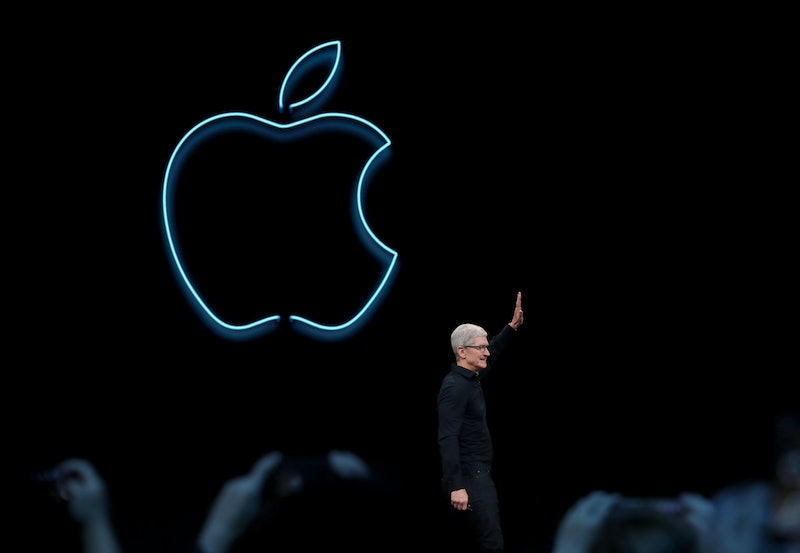 If you find Apple's Health App clunky and confusing, there's good news. Kevin Lynch, vice president of technology at Apple, announced during Apple's Worldwide Developers Conference (WWDC) that new Health features in iOS 13 will resolve some of the confusion. In addition, expect new Health options for both iOS 13 and watchOS 6. Ahead of WWDC2019, Mac Rumors reported that improvements include an easier viewing of daily activities and better tracking for menstrual cycles. Lynch officially announced that period tracking would be a part of your Health App starting when iOS 13 comes to your phone this fall.

If you're into tracking all of your health stats, the Health feature actually offers a lot of options. And the iOS 13 and watchOS 6 updates will make these features even easier to use. While some features are only available for Watch users, the menstrual tracking feature will roll out on both iOS and Watch devices.

Cycle Tracking allows you to track your menstrual cycle and sends a notification when you're about to start your period, which means you're less likely to be surprised while wearing white pants. Cycle tracking also offers fertility tracking. In other heath-related news, a new hearing-health section and Noise app will measure things like how loudly you're playing your music in your headphones or the ambient noise in the area around you. If the levels are high enough to negatively affect your hearing, you'll receive a notification.

"Protecting your hearing is critical to your everyday life," Dr. Sumbul Desai, Apple's vice president of health, said onstage at WWDC. "Noise app uses microphone to detect decibel levels and let you know if you’re exposed to loud noises that can impact your hearing health over time." In addition, Noise does not record or save any audio — a huge privacy win.

Overall, the Health app is going to be much more user friendly, which means you might be more likely to use it. In its current form, the Health app requires a lot of taps to get to the feature you're looking for. In fact, I didn't realize until today that you could do anything on the Health except track your steps.

However, after some fiddling around, I've learned that what is convenient about Apple's Health feature is that you can integrate it with third-party apps that track health. This allows you to see all of your data in one place. Health also recommends apps you can download and integrate to get a better picture of your overall health.

If you have an Apple Watch (which includes a heart monitor), you're likely using the iOS Health feature more than other people, which makes the OS 6 update particularly useful to you.

"We’re introducing activity trends. For nine key metrics, it will compare your progress over the last 90 days compared with the last 365," Dr. Desai explained. "If you’re trending downward, you’ll get tips to help get you back on track." More data means it's easier to meet your health goals, which is basically what everyone wants from a health app. Whether you use Health on your iPhone or Watch, you'll be enjoying a lot of great new features when these updates roll out in fall 2019.