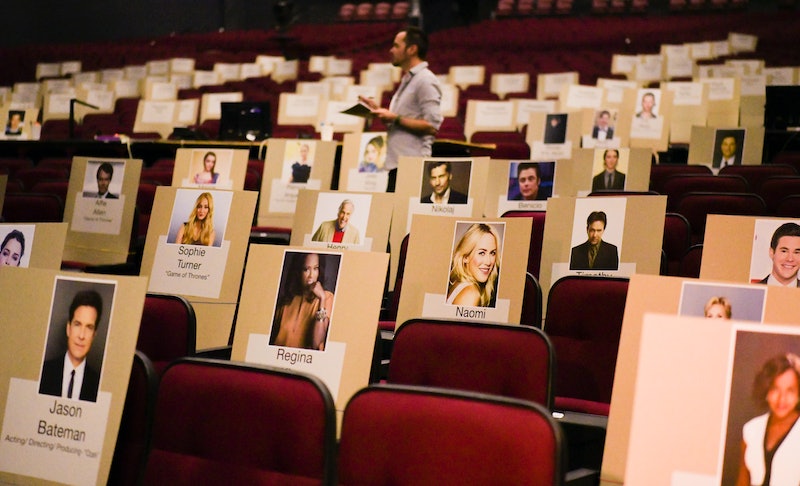 If you're one of the many who doesn't have a TV to watch TV's biggest night (ironic right?), you're going to need to know how to stream the 2019 Emmy Awards on Sunday night. Fortunately, the folks at Fox — where the show will air beginning at 8 p.m. ET — have taken pity upon your poor, cord-cutting soul and made it pretty easy. You may have to sign up for a free trial or something, but as long as you do it in advance, you shouldn't have to miss a second.

Of course, it's easiest for those who already have a cable subscription and just haven't invested in an actual TV (or for those who have generous friends and family who like to share). If that's you, you can just tune into Fox.com or queue up the Fox Now app and get to watching. If you have YouTube TV, Hulu with Live TV, DirecTV Now, or any similar live television streaming setups, you can watch there. It's as simple as flipping the channel. If you don't have cable or any live TV package, you can always sign up for a free trial and just use it for the night (Hulu's and DirecTV's both last a week, while YouTube's is five days). It's kind of cheating the system, but hey, desperate times call for desperate measures.

The Emmys usually last three hours or so, depending on the acceptance speeches and whatnot, but if you think that that's not enough time to spend staring at Hollywood's finest, you're in luck, as E!'s Countdown To The Red Carpet will start at 4:30 p.m. ET — that's three-and-a-half more hours of Emmys content! (That you'll have to stream on E!'s website.)

It's worth noting that this year's Emmy Awards won't have a host for only the fourth time in the show's history, which could cut down on runtime. According to the Los Angeles Times, the 2018 ceremony — hosted by Michael Che and Colin Jost — hit a ratings low, and Fox entertainment chief Charlie Collier said that opting to forgo a host will allow for more time to honor the shows and actors actually winning awards. Instead, the ceremony will be shuttled along by the presenters — a long list of celebs which includes Zendaya, Amy Poehler, Bill Hader, Taraji P. Henson, Kim Kardashian, and a number of Game of Thrones stars, among many others.

Will Game Of Thrones clean house in its last year of eligibility after netting 32 nominations? Will critical darling and fan favorite Fleabag make its mark on American soil, awards show-wise? Can Mandy Moore, "Candy"-singer-turned-This-Is-Us-matriarch take home her first-ever Emmy? What will Billy Porter from Pose wear? And will he win? There are bound to be a ton of buzzy moments and surprises throughout the night, so get those streaming and viewing plans in order sooner rather than later. You're not going to want to miss a second of the action, and you don't want to be left scrambling.