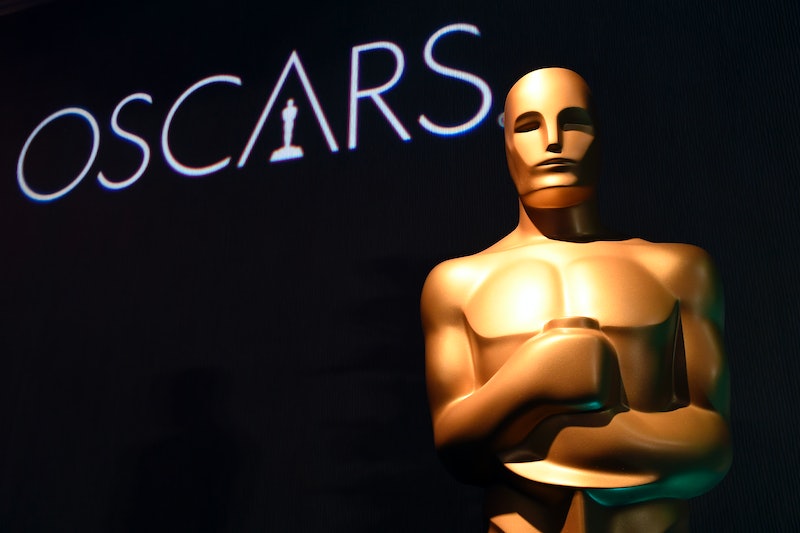 The 2019 Academy Awards will air on ABC on Feb. 24 at 8 p.m. ET, and even if you don't have cable, you can stream the 2019 Oscars — it just might take a bit of extra effort on your part. While cord-cutting is a great way to save some money and often doesn't limit your TV viewing options too much, watching major live events on basic cable channels can pose a bit of a problem. Luckily, it's not totally impossible.

For the first time ever, the Academy is live streaming red carpet coverage exclusively on Twitter starting at 6:30 p.m. ET. Unfortunately, the Academy of Motion Picture Arts and Sciences' Twitter account, @TheAcademy, won't air the actual ceremony though. For that, the easiest route really is to have cable — or to go to a friend or family member's house who has cable. (Even a TV with an antenna could work to pick up the basic cable network.) But if your only option is to stream it, here's how you can make that happen.

You can watch the 2019 Oscars on abc.com or with the ABC app, but you need to have a valid login to a participating TV provider and live in certain markets that vary based on your provider. If you have a login for a participating cable provider (you can view the full list here), you can only access ABC in the following markets: Chicago, Fresno, Houston, Los Angeles, New York City, Philadelphia, Raleigh-Durham, or San Francisco. If you have a DirecTV subscription, you can watch the Oscars in one of these markets: Albuquerque, Boston, Ft. Smith/Fayetteville, Jackson (Mississippi), Kansas City, Milwaukee, Monterey-Salinas, Oklahoma City, Omaha, Pittsburgh, Portland-Auburn (Maine), Savannah, or West Palm Beach.

Another way to access the Oscars is if you subscribe to a live TV streaming service. DirecTV Now, Hulu + Live TV, PlayStation Vue and YouTube TV all carry ABC in most major markets. (Services like AT&T WatchTV, Philo, fuboTV, and Sling TV don't carry ABC though, so you'll want to confirm your live TV streaming service has "America's network.") If you do live in an area where ABC is carried by one of these streaming services, but don't have an account, you can try it out on Sunday with a free trial. DirecTV Now and Hulu + Live TV offer seven-day trials while Playstation Vue and YouTube TV's trials are only five days.

Just make sure to cancel before the trial runs out if you're not satisfied so your credit card isn't billed through auto-renewal. Or maybe you'll discover your new favorite live TV streaming service.

There are other alternative options — for instance, CNET mentioned the free streaming site Locast. You can create a free Locast login and access ABC in the following areas: Baltimore, Boston, Chicago, Dallas, Denver, Houston, New York, Philadelphia, and Washington DC. And if you like it, you may be inspired to make a donation.

If none of these options will work for you, then it's time to quickly convince a friend with cable to throw an Oscars party or follow along as best you can on social media. (The Academy YouTube page will eventually post the acceptance speeches, but by then the moment is over.) But no matter how you manage it, make sure to catch the 91st Academy Awards on Sunday since this is what awards season is all about.