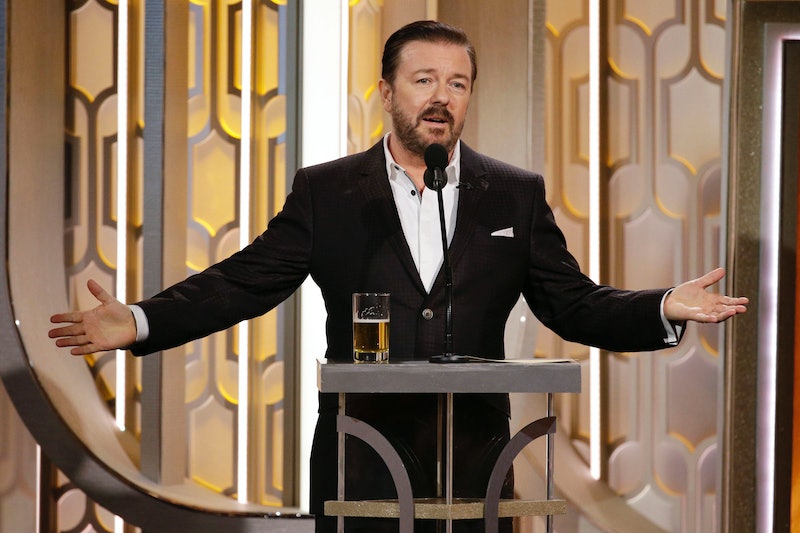 It’s the most glorious time of the year in Hollywood: the annual Golden Globe Awards. Comedian Ricky Gervais will return to host the 2020 Golden Globes on Sunday on NBC at 5 p.m. PST. While NBC requires a cable login to access its content, there are plenty of other ways to stream the 2020 Golden Globes sans cable. With content such as Parasite, Hustlers, Fleabag, and Succession up for Golden Globe nominations, the award ceremony is bound to be a must-watch soiree.

The ceremony can be streamed on NBC’s website and app via cable login. For streamers without cable credentials, fret not: Hulu + Live TV, YouTube TV, fuboTV, and SlingTV are a few of the services that will provide live streams of the Golden Globes, too. For those who aren’t consumers of the aforementioned services, each streaming service provides some form of free trial you can take advantage of.

For streamers keen on getting the festivities started beforehand, NBC and E! will broadcast red carpet interviews on live TV and online prior to the ceremony. The Hollywood Foreign Press Association will stream its annual “HFPA Presents Globes Red Carpet Live” on the Golden Globes’ Facebook page at 3 p.m. PST, too. In these pre-shows, hosts interview the stars (and marvel at their ensembles) as they arrive at the Beverly Hilton Hotel in Los Angeles.

Gervais’s upcoming hosting duties mark his fifth time on the Golden Globes stage. As such, the British comedian joked that this was “the very last time I’m doing this" in the official press release about the upcoming ceremony. (Gervais hosted for three consecutive years between 2010 and 2012 then again in 2016.) He will succeed Saturday Night Live alum Andy Samberg and Killing Eve actor Sandra Oh, co-hosts of the 2019 Golden Globes last January.

This year, Noah Baumbach’s Marriage Story and Martin Scorsese’s The Irishman lead the noms for the film category. Elsewhere, Fleabag, The Crown, and Succession sweep the noms in the TV category. Other standout noms include Jennifer Lopez (Hustlers) for best supporting actress and Awkwafina (The Farewell) for best actress in a musical or comedy.