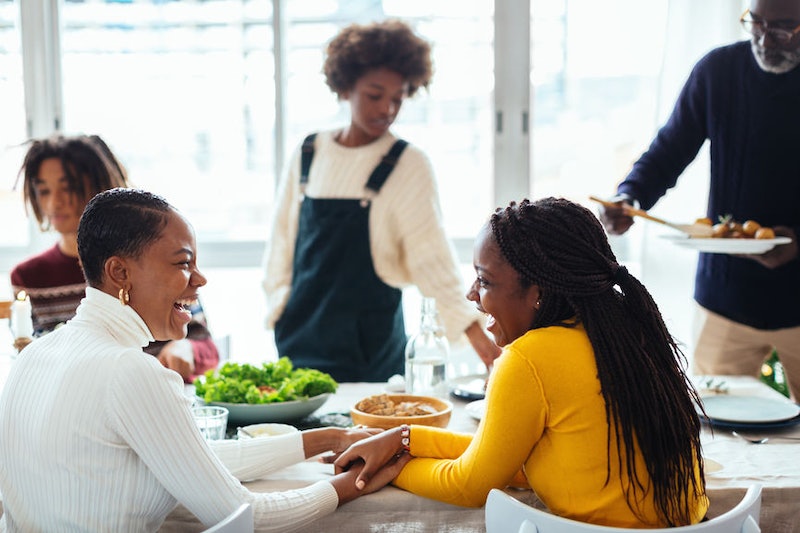 Brexit has almost certainly ruined Christmas for the past two years. Just hear me out on this. As soon as the results of the 2016 referendum were unveiled, cracks in some families began to appear. And nowhere do these cracks reveal themselves more than at the Christmas dinner table. What is supposed to be a place of joy has the potential to turn into a hotbed of arguing. Luckily, I have compiled some advice that should help you figure out how to talk to your family about Brexit over the Christmas period.

The first thing to realise is that although the nation ultimately decided to leave the EU, people are still very much divided. This could be because the vote was so close (52 percent voted to leave, 48 percent voted to remain, as the BBC reports) or because several claims touted by both sides were demonstrably false.

What's clear is that some people may have changed their minds and would vote differently in a second referendum. But as you're probably more than aware, the older generations of your family are likely to have voted to leave, as the BBC reports. And they're also likely to be sticking to their Leave guns. I can't tell you how many times I've tried to tell my nan and grandad that their opinions are wrong in an attempt to sway their mind. Funnily enough, it doesn't work.

I've realised that it's wrong to try and shove your values and morals down someone else's throat. Whether you like it or not, people are entitled to their opinions. In fact, most of those opinions in favour of Leave that I have encountered aren't borne from reading anti-immigrant rhetoric but from the personal, and admittedly nostalgic, experiences that individuals have had.

So, taking all of these different opinions into account, how do you have a discussion about Brexit that doesn't result in someone storming out of the room or the turkey being chucked at your mum's head?

First, you have to listen. You may not agree with anything a particular relative says but don't speak over them. Let them have their say, put yourself in their shoes, and ask sensible questions that may help you figure out why they feel that way. It's much easier to come together when you understand the other side's point of view.

And even if you can't understand it at all, perhaps take this adult debate as an opportunity to educate your relatives. This will, of course, mean that you have to know your facts. So before Christmas comes around, do a little bit of further reading to find out exactly what is going on and how to combat a potentially incorrect point with the truth.

Some people advise adding humour into the mix to diffuse any tension. But unless the majority of your family is on one side, a joke may not go down too well. Another alternative is to not mention Brexit or politics at all. Think up a few other topics you can bring up to keep everyone smiling. For example, how good or bad the Christmas TV schedule is, what people are planning to do on New Year's Eve, or how much you love your dog. Literally anything will do.

And when none of that works, remember that Theresa May's Christmas is likely to be a lot worse than yours. Just imagine the awkward silences at that dinner table.