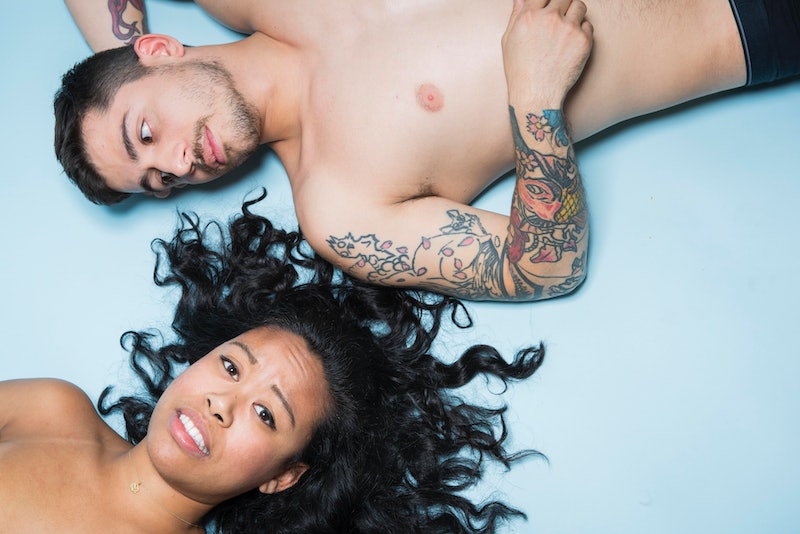 We need to talk about oral sex. Specifically, we need to talk about this nonsense DJ Khaled put out into the world about how he refuses to go down on his wife, even though he expects her to get down there on him. In case you missed it, I’m talking about an interview from 2015 that went viral this weekend, in which DJ Khaled not only says "I don't do that,” in regards to going down on his wife but also "There's different rules for men. We the king ... There's some things that y'all might not want to do but it gotta get done, you know what I'm saying? I just can't do what you want me to do. I just can't."

I just… I can’t… Really dude? What year is this? I remember having this conversation with male friends when we are all teenagers and being like nope. But at least those guys had the excuse of being 17 years old. Like, if your wife doesn’t like oral sex, that’s one thing. Plenty of people of all genders (yes, men included) aren’t into receiving oral sex. But simply refusing to go down because you’re the “king” is some vaginaphobic, sexist BS.

But I’ve heard through the grapevine that this isn’t just a problem for DJ Khaled and his wife. Unfortunately, there are many grown-ass humans (and while there are no studies on this, I’m going to guess that they trend toward the straight, cisgender male side of the population…) who refuse to give oral sex to their partners, but expect it to be done to them. So, for people in the “boo refuses to get down” camp, I spoke with some sex educators and therapists about how to have a conversation with a partner who’s not into oral. Here’s what they told me.

More like this
How Do I Deal With Both ED & Premature Ejaculation?
By Sophia Benoit
The Best Time To Date After A Breakup, According To Experts
By Bustle Editors
Are Quality Time & Physical Touch Love Languages Compatible?
By Lexi Inks
Virgo & Sagittarius Zodiac Compatibility, According To Astrologers
By Kristine Fellizar
Get Even More From Bustle — Sign Up For The Newsletter