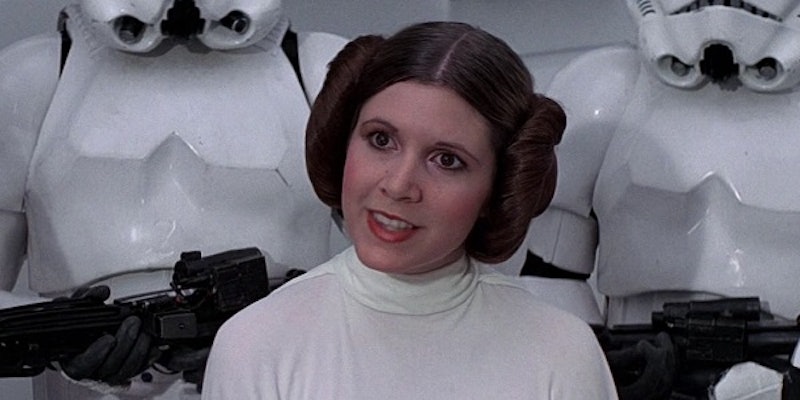 In the first 48 hours after the presidential election, existing on the internet was a veritable minefield. People were all various shades of angry, upset, and devastated, and in those moments we were all reeling and it was too early to organize our thoughts and start making plans, social media was an especially ugly place to be. Some of us dissociated completely, taking comfort in the familiar and staying away from the chaos; others were already on the front lines, their grief making their thoughts more cutting and precise than they'd ever been. We all coped in different ways, and for the most part, we all respected each other for it. There was a mutual understanding in the first few days of Trump's America: we just need a second to take a breath, and then we'll all be back on our feet and doing what we need to do.

Of course, some of the anger was bound to be misplaced. Among the posts I saw that upset me in the post-election haze was one of the few that stuck with me — I'm paraphrasing here, mostly because I respect the person who tweeted it, but it was something along the lines of, "Not everything has to be interpreted through the lens of a boy wizard."

As someone very entrenched in the Harry Potter﻿ fandom in particular, reading this kind of felt like a sucker punch; the implication in further discussion of it was that somehow people who drew comparisons between the results of the election and the beloved series were underscoring the significance of what happened, or did not have the presence of mind to understand the brutal reality of it.

On a personal level, as someone who is generally nonjudgmental (perhaps by virtue of being so entrenched in fandom), I took offense to this dismissal of fandom because I don't think any of us really has a right to dictate how people cope with the election, or with the next four years of Trump in office. But on a broader level, I felt that this person's understanding of what was happening at the intersection of fandom and politics was just plain misguided. In fact, in some ways, fandom is playing a more imperative role in our culture than ever.

Yes, Fandom Can — And For Some, Should — Contextualize The Current Political Climate

When you take a step back and consider how inherently political the narratives of massive fandoms are — from ﻿Harry Potter﻿ to ﻿Star Wars﻿, from ﻿The ﻿Hunger Games﻿ to ﻿The Avengers﻿ — it is, first off, almost impossible not to draw comparisons between their worlds and ours. They were meant to be consumed that way, meant to engage the reader to see through that particular lens. It's a part of what makes them so real, and feel so close to our hearts.

In those narratives, the consequences for political actions, good and bad, are obviously not as nuanced as our own — but they are still made very clear. And for children growing up in this climate, and young adults growing into a deeper understanding of our political sphere, using fandom to contextualize what is happening in a world adults often go to great lengths to shield them from can be incredibly vital. If reading ﻿The Hunger Games﻿ inspires someone to start reading the news ﻿and start searching for ways to make positive change﻿, then who are we to complain about how they got to that point?

Because that's the crux of it. Beyond providing a lens for a basic understanding, these stories instill what is most necessary to understand about politics: that if something is wrong with the world, and the wellbeing of others is threatened, then we have an obligation to do what we can to stop it.

The word "fandom" was derived from "kingdom" for a reason — though our corners of the internet are particular, they are massive. Scroll through the Tumblr tag for any given fandom, and there are miles and miles of content; but rather than encourage anonymity, the vast numbers still have the kind of individual engagement between fans that make it feel like a tight-knit community.

So now we have these massive, politically-charged groups of young people already primed and engaged, already gathered together in a way that they could never have been even 10 years prior. Technology may have pushed a lot of us together, but fandom took that push and turned into into an aggressive squeeze. Harnessing that audience to give them the right resources to foster change, fight for marginalized groups, and inspire political action in people around them is a prime opportunity.

The Potter fandom, for instance, has already organized a colossal list of resources for resisting the Trump presidency through the Harry Potter Alliance. But beyond organized efforts like these, most fandoms already have incredibly strong role models advocating for change, lighting the flame by prompting fans to follow suit.

Beyond our role models, though, fandom is unique in that we have a much louder voice using it as a platform. Your ability to be heard by like-minded people isn't nearly as dictated by how many followers you have, or where you live, or how old or accomplished you are. The communities within fandom are already demonstrably more accepting and nonjudgmental, making it a much safer space for someone who may be apprehensive about using their voice. In that sense, the same way fandom fosters understanding, it can help to foster voices that are much needed in the broader political sphere.

Fandoms Are, And Always Will Be, An Excellent Resource Both To Support Others And For Self-Care

2016 was rough. The next four years are going to be even rougher. And while many of us are lucky to have our families and friends to turn to in times like these, there are far too many who don't. Enter fandom: a place where at least one person posts every day saying their ask box is open, the one place that is familiar and gentle and safe, the one place you know that there are people on your side even though you may never see their face. The sense of community you feel in being a part of a fandom is a little bit like being hugged whenever you log onto the internet.

And beyond our ability to help each other, fandom is vital to another thing all too easy to neglect in times like these: the ability to take care of ourselves.

I found the answers to this tweet especially fascinating, because the majority of the answers firmly fell into fandom — if not in the more traditional, geeky sense, then certainly in the pop culture sense. (Mine was Parks and Rec, if anyone's wondering.) But all of this spoke to a larger truth: in a time when we were reeling, and needed a way to take care of ourselves before we picked ourselves back up to fight, our fandoms were our safe haven. When our foundations were rocked in the real world, fandom was the base we touched to feel grounded again. We have a long road ahead of us, and plenty of battles left to fight; we're going to need as much of that strength as we can get.