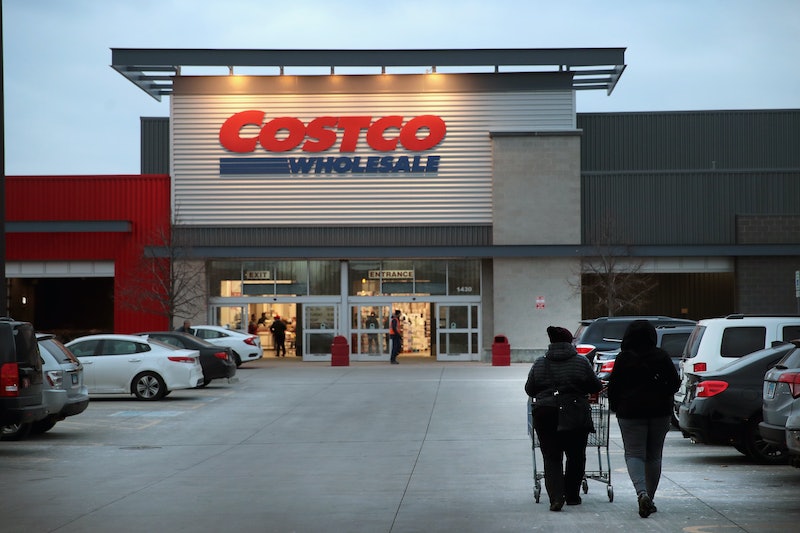 Excellent news for anyone who includes a trip to a wholesale retailer in their regular shopping rotation: Costco just launched an app — and you can use the Costco app as your actual membership card when you visit any of Costco’s warehouses. It’s true that fellow competing wholesalers BJ’s and Sam’s Club beat Costco to the punch; BJ’s app launched in 2017, while a version of Sam’s Club’s app originally hit smartphones all the way back in 2013. But Costco is still largely seen as the leader of the wholesaler pack, accounting for 65 percent of the U.S. market, according to a 2018 report from the International Council of Shopping Centers (ICSC) — and the app is certainly a welcome addition to the Costco shopping experience.

Costco announced the app through an Instagram post on July 24, with a section on their full website providing more details. It’s free for both iOS and Android devices and has a whole bunch of benefits that come along with downloading. In addition to allowing you to shop online, check out what deals are currently available both at your nearest warehouse and via the Costco website, and access services ranging from Costco Travel to the Costco Photo Center, the app also functions as a “digital membership card” — that is, instead of having to flash your physical Costco card every time you enter a warehouse or check out, you can pull up your info and a scannable QR code on your phone within the app instead.

To set up your digital membership card, first go to whichever app store you use and download the Costco app. Once you’ve done that, open up the app and tap the “Membership” option at the bottom of the screen (it’s the middle icon, between “Savings” and “Warehouses”).

And finally, you’ll have to verify your membership. Tap “Verify”; then enter your membership number on the next screen when prompted to do so and tap “Continue.” Next, you’ll be taken through a series of screens asking you questions aimed at verifying your identity, starting with the name and ZIP code associated with your Costco account. When you’ve answered a sufficient number of these questions (it was about four for me), and your responses all check out, your verification will be completed — and you’re good to go! Just tap on the “Membership” icon at the bottom of the screen at any point to bring up your digital membership card. You can use it both to enter Costco warehouses and when you start checking out at the end of your visit.

There are a few caveats, though, of course. Right now, the digital membership card is only available in the United States and Canada, according to a reply from Costco's social media team to a comment on the Instagram post announcing the app. The Membership section of the app also states that the digital membership card can’t currently be used at Costco gas stations. There’s no “scan-and-go” option within the app — which, as USA Today notes, the apps for Sam’s Club and BJ’s already offer. And lastly, you can’t actually use the Costco app to pay at warehouses, either on its own or via Apple Wallet (although you can use it to shop and pay of items online, the same way you would with the Costco website or any other shopping app you might have).

However, it’s possible that both the digital membership card’s and the app’s capabilities might expand at some point in the future — so just because it’s got some limitations now doesn’t mean those limitations are permanent. Just, y’know, bear that in mind.

Find out more about the Costco app and its digital membership card over at Costco’s website. Who's up for a cheese flight?