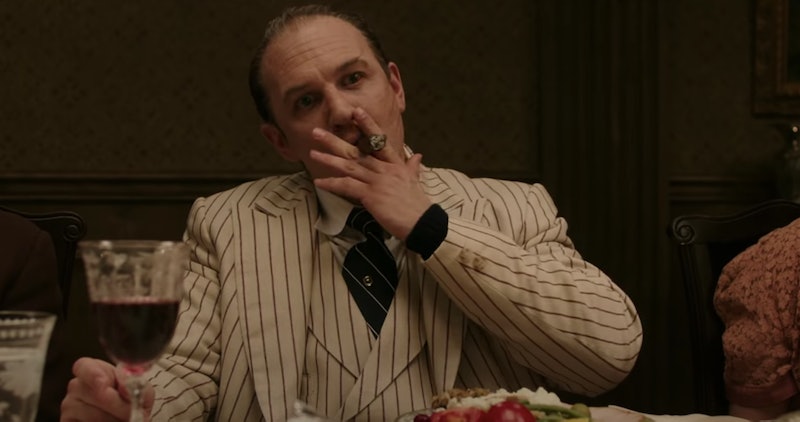 Tom Hardy is having a very good week. First came the announcement of his CBeebies Bedtime Stories show (much to the delight of mothers across the UK) and now we have the distinctly less child-friendly trailer for his new movie, Capone. Also featuring appearances from Linda Cardellini, Matt Dillon, Noel Fisher, and Kyle MacLachlan, the biopic is premiering online rather than in cinemas due to the COVID-19 pandemic, but how can you stream Capone in the UK?

Capone (originally titled Fonzo) will tell the story of how one of America's most storied gangsters spent his last few years on earth. Al Capone was king pin in the Chicago organised crime scene until he was found guilty of tax evasion and sentenced to 11 years in maximum-security prison. He served part of his sentence in the notorious Alcatraz complex. After his release, Capone settled in an estate in Miami but, despite his lavish surroundings, his mind was already gripped by dementia and his violent past was waiting to catch up with him.

The Capone trailer, which Vertical Entertainment dropped on April 16, features a totally unrecognisable Hardy as the ageing mob boss. The one-and-a-half-minute clip gives us an idea of what's to come: blood, and lots of it.

Writer and director Josh Trank (known for Chronicle and Fantastic Four) announced via Twitter that the movie will be arriving on May 12 via streaming services. Vertical are working with Redbox Entertainment, who specialise in on-demand entertainment releases, to bring Capone to the public.

The catch? It appears this May 12 date is only for U.S. viewers. No official announcement has been made about when and where you can stream Capone in the UK. Bustle has reached out to Vertical to see is there is any news on this front. For now, however, we'll just have to sit tight.

According to Variety, there are still plans for Capone to have a summer theatrical release once cinemas are back in action.