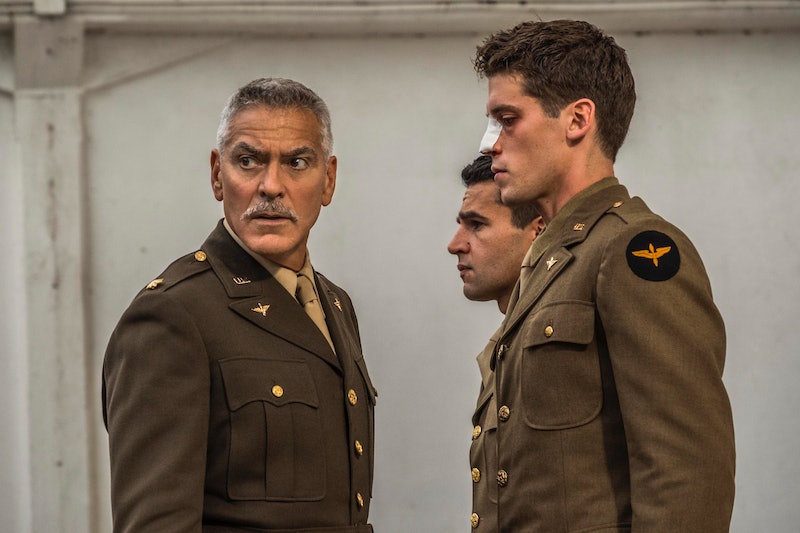 If you weren't presented with it during your english classes back in school, chances are you've come across Joseph Heller's legendary novel Catch 22 at least once or twice in your life. Now the story of Captain John Yossarian has been brought to life for the small screen — in a way that won't make you shudder thinking about those old english lessons. That's due in part to the ridiculously good cast who make up this new Hulu mini-series, but how can you watch Catch 22 in the UK? It seems like one of TV's best literary adaptions in years.

Previously: For TV buffs out there, the word 'Hulu' may make you very nervous, as it's a U.S.-exclusive streaming service that has become seriously in demand in the UK. I assume you've been through the heartbreak of trying and failing to watch a Hulu show before, so let's sidestep that, and see whether there are currently any other options for watching Catch 22.

Thankfully, there are — or at least, there will be — but it does require a little wait on your part. Not for too long though, don't worry. According to the Radio Times' report on Tues. May 14, Catch 22 will be getting a slot on Channel 4, and it's due to land sometime in "Spring 2019."

Considering that it's spring 2019 now, it could land imminently, out of nowhere, just like a Beyoncé album or documentary (Bey, if you're reading this, that's absolutely a hint). Catch 22 premieres on Hulu on Friday, May 17, so I'm hoping that the UK air date will follow soon after that. So far, there's a lot to look forward to. Including Hollywood heavyweight George Clooney's return to the smaller screen, where he was last seen playing Doug Ross on ER, which ended back in 2009.

Alongside Clooney, who also serves as an executive producer for the show, according to TV Guide, you'll find James White and Girls star Christopher Abbott, who'll be taking on the lead role. Further down the line, you'll find the legend that is Hugh Laurie making a guest appearance as Major de Coverley. But even if that's somehow not enough to entice you, then perhaps Catch 22's current 100 percent audience score and 93 percent score on the Tomatometer on Rotten Tomatoes will.

It's had critics and audiences raving alike, with Forbes calling it "[a] truly perfect farce that also serves as an excellent depiction of the mental anguish war inflicts on those fighting it," ahead of its premiere. So, I reckon that you can expect something seriously good from Catch 22.

Previous adaptions of Heller's novel have included Mike Nichols’ 1970 film, which garnered mixed reviews from critics. "Though the vertiginously absurdist logic of the book is hopelessly fractured, some of it does filter through (the mostly superb performances are a great help)," Time Out wrote of it.

Armed with six episodes under its belt, it's my guess that Clooney's take on Catch 22 might be outmatched in influence only by the original novel.