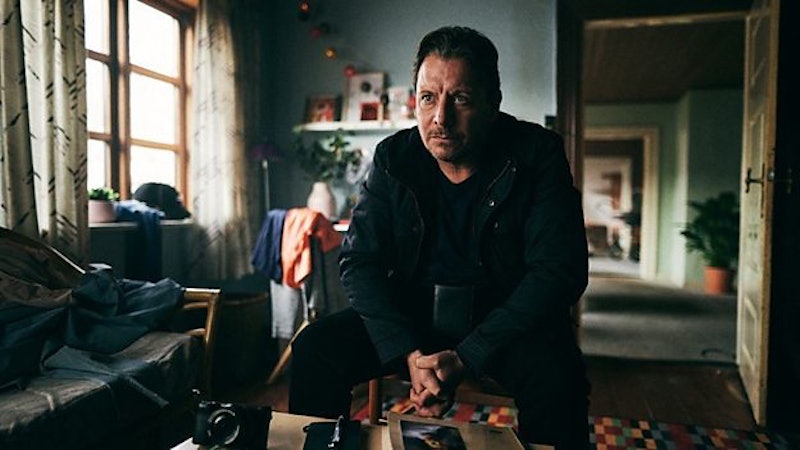 I'm a huge fan of true crime documentaries and fictional thrillers, and now that I've watched all that the UK and U.S. have to offer in both realms, I'm looking to some of Scandinavia's hit shows. The increasingly popular genre includes standout series such as The Killing, which British audiences went wild for when it hit our screens. If you're wanting more, here's how to watch Danish crime thriller DNA in the UK, as it's the latest series to travel over to our shores.

DNA is written by Torleif Hoppe, who is actually one of the co-creators of The Killing. It follows the story of Copenhagen police detective Rolf Larsen (played by The Killing's Anders W. Berthelsen), who gets a new lead in the case of his five-year-old missing daughter, who disappeared when she was a baby.

Along with his search for the child, the eight-part series also features a secondary storyline, where Larsen joins forces with French investigator Claire Bobin (who is played by respected Brit actress Charlotte Rampling) to take on a international child trafficking case.

DNA features an impressive cast, some of whom you may recognise from The Killing and other Scandi shows. As well as Berthelsen, Nicolas Bro (who was also in The Bridge as well as The Killing) will be starring. Netflix's 1983 Polish star Zofia Wichlacz will also be in the series.

The TV show is said to be hitting our screens later this year, although it is unclear exactly when (please be soon!). It has been acquired by the BBC, and both they and the show's original distributor seem thrilled about the deal. “Beginning with a shocking event, DNA is an intriguing and unexpected crime series which will keep BBC viewers absorbed to the very end," commented BBC’s head of programme acquisition, Sue Deeks.

“We are extremely proud to bring this very unique crimes series to the UK audience and work with our long partners of BBC," added Malika Abdellaoui, managing director at Newen Distribution.

The show hasn't had hugely rave reviews on sites such as IMDB, but nevertheless, I look forward to this one hitting our screens soon to make my own call.

More like this
'Boiling Point's TV Sequel Is Set To Deliver A “Rollercoaster Of Emotions”
By Catharina Cheung and Sophie McEvoy
'The Catch' Revisits A Famed Irish Filming Spot From 'The Tudors'
By Darshita Goyal
The Banned 'Friends' Ad Shows Monica As You’ve Never Seen Her Before
By Sam Ramsden
Yes, You Can Stream ‘To Leslie’ In The UK Now
By Sam Ramsden
Get The Very Best Of Bustle/UK
Sign up for Bustle UK's twice-weekly newsletter, featuring the latest must-watch TV, moving personal stories, and expert advice on the hottest viral buys.