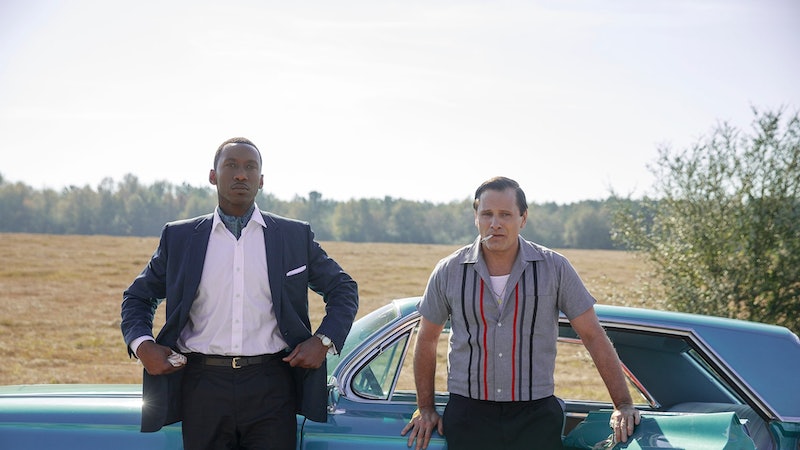 The Peter Farrelly-directed Green Book stole the show at this year's Academy Awards, where the comedy-drama film was named Best Picture. Viggo Mortensen and Mahershala Ali lead the cast of the acclaimed movie, which is inspired by the true story of Don Shirley, an African-American classical and jazz pianist, who toured the Deep South of the United States. After the film's Oscars glory, many will be flocking to see what all the fuss is about, and here's how to watch Green Book in the UK.

The film is currently available to watch in cinemas across the UK, however, DVD, Blu-ray and streaming release dates are yet to be announced. I have reached out to find out when we can expect Green Book's UK home release, and once more information is made available, I'll update you right away. However, the Academy Award winning flick is available to preorder on Amazon Prime in the UK, and it will set you back £9.99 to do so.

As reported by the Guardian, In addition to picking up the biggest award of the night, Green Book also emerged victorious in the Best Original Screenplay and Best Supporting Actor categories — the latter of which saw Mahershala Ali take home his second Academy Award, having previously won for his role in Moonlight.

During his acceptance speech at the 2019 ceremony, director Farrelly explained that "the whole story is about love," reports CNN, and later added that Green Book represents "living together despite our differences." According to the Guardian, Farrelly then dedicated the film's victory to the late Carrie Fisher, who sadly passed away back in December 2017. During the speech, he said ""I want to dedicate it to our great friend Carrie Fisher."

The 2019 Best Picture winner is named after a motoring handbook which was originally designed to help African-American travellers avoid dangerous areas in the pre-civil rights United States. As previously mentioned, the film follows the story of black concert pianist Don Shirley (Ali) and his Italian-American bodyguard and driver, Tony Vallelonga (Mortensen).

The film's run has not been without controversy, making its Best Picture win at the Oscars something of a surprise. However, in addition to its success at this years Oscars, Green Book has also enjoyed picked up awards at other prestigious ceremonies, including the People’s Choice award at the Toronto film festival, and the Golden Globe for best picture (musical or comedy), reports People.

Another big winner at the 91st Academy Awards was the Freddie Mercury biopic, Bohemian Rhapsody, which brought home an impressive four gongs in the Best Actor, Best Sound Mixing, Best Film Editing and Best Sound Editing categories. One standout moment of the evening came when Best Actress nominee, Lady Gaga, took to the stage with co-star Bradley Cooper to perform their hit song "Shallow." As reported by the Daily Mail, the A Star Is Born cast-members wowed audiences with their live rendition of the track, and the song went on to win the award for Best Original Song later in the ceremony. Elsewhere, Olivia Colman was named Best Actress for her role in The Favourite, and Regina King, who starred in If Beale Street Could Talk, walked away with the Best Supporting Actress trophy.